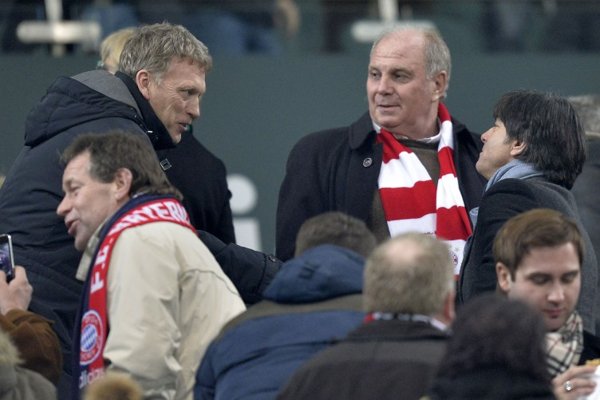 What more can you ask for from a Champions League quarter final, the champions of England versus the champions of Germany. But there’s a lot more to the story than that sentence entails. While it can be said quite rightly that both are champions of their respective nation, Bayern last week were confirmed champions of the Bundesliga for the second year running while United are sitting in 7th place on the back of a 4-1 victory over Villa after losing 3-0 to Manchester City.

Before a ball has been kicked everyone has already ruled United out. In many ways this is justified with how United’s season has progressed but our good form in Europe cannot go unnoticed. We were unbeaten throughout the group stages while finishing on top. We then got arguably the easiest draw we could have asked for with Olympiakos but it looked anything but after another horrid performance in Greece where United slumped to a 2-0 defeat and many had given up hope on progressing to the quarter finals, obviously we came back and won 3-0 in the second leg. Bar that one game we’ve been pretty solid in Europe this season.

While we’ve had a horrible season Bayern have had the opposite, as mentioned prior, in March they are league champions. Meanwhile in Europe this season Bayern are certainly no strangers to English teams. This season alone they have faced Chelsea, Man City and Arsenal. Five games in total with only one loss, to Man City. Bayern also topped their group and will be full of confidence heading to Old Trafford knowing how we’ve played this season in contrast to theirs. So on current form and how both teams seasons have gone it all points towards a Bayern victory.

Teams: United go into the game with quite a few injury concerns. Van Persie will miss the game, Rafael is a doubt after missing training, Evans & Smalling both face late fitness tests Mata is ineligible while Evra is suspended. Moyes certainly some big choices to make, a lot depends on injury. Januzaj has been faded out of the team recnetly but Moyes could bring him back but there’s plenty of attacking options such as Valencia, Young, Welbeck, Kagawa all in with a shout of starting. While on Bayern’s side they’ll be without Thiago who suffered an injury over the weekend.

Score prediction: It’s hard to be positive ahead of this game, my prediction is 3-1 to Bayern.