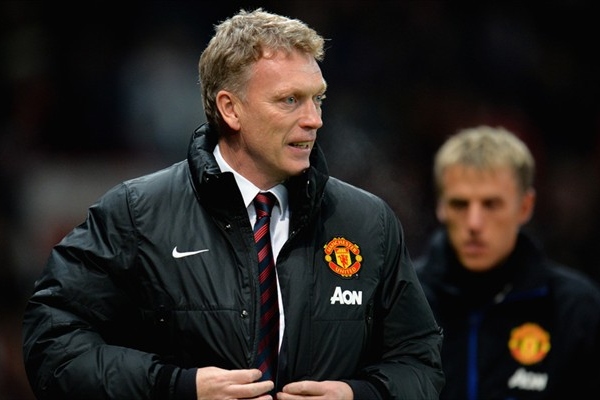 It is rather trite to be complaining about David Moyes after his greatest night as United manager but the fantastic comeback of Wednesday night was unfortunately, for him, a blast from the past rather than a sign that progress was being made under his management. It can seem unfair that he can be seen as solely responsible for the humiliation of Liverpool, which in my opinion he was, yet cannot take any credit for United’s victory against the Greeks. However, there were many factors to suggest that this was another great European night to add to our rich heritage, instead of a symbol of a brighter future under Moyes.

What seems apparent is that the players do not want to play for him. Possibly due to a fact that he has never won anything so cannot command respect, or more realistically because of his lack of tactical nous, the players have not been motivated. Of course, he should take some credit for their pumped up display but how could any professional footballer not have been enthused ahead of the match? After the dire, hapless display against Liverpool, possibly the worst of the season (but how many times have we said that?), United deserved to be booed off the pitch but instead heard ’20 times’ echoing around the stadium. The players knew that they owed the crowd a performance.

Moyes’ defensive and conservative mind-set is of stark contrast to United’s philosophy and this is something that is inbuilt and cannot change, because he would not be comfortable with this. Despite failures to hold leads against Fulham and Sunderland to name just the most high profile, Moyes’ side still sat back with half an hour remaining. Yes, they had done brilliantly to get 3-0 up after 55 minutes but the Greeks were there for the taking and a fourth would have killed the game entirely rather than giving the crowd a nervous, tense finale. Again, this criticism can be seen as picky as we were through, and there have been times of course when we have sat back and hung on under Ferguson, but it was worrying that Moyes chose to risk making the same mistake as he had done in previous matches this season.

He was also ‘dithering’ with his substitutions, not daring to change a winning team despite tiredness, a failure to keep the ball and being over-run in the midfield. When finally a sub was made, Ashley Young contrived to give the ball away at any possible opportunity. At least we have all finally worked out why we spent £27 million on Fellaini, with the Belgian finding his niche, shielding the ball by the corner flag.

It was also a bad night for those who argue that Moyes deserves a summer to make his own team with his own signings as he chose not to call on Fellaini until the end, and obviously could not include Mata, a player he doesn’t know how to fit in. The front four of Mata, Rooney, Van Persie and Januzaj are playing like strangers, implying no strategy has been implemented on the training pitch. This was a night for the limited talents of Valencia; a much less skilful player than Mata, yet a much more effective one when deployed directly on the right wing.

Moyes seems determined to make 4-4-2 work and as mentioned, this is impossible with the four of Mata et al. 4-4-2 guided United through on this occasion but the lack of possession and the gaps in midfield could have been exploited by stronger teams. Whilst Danny Welbeck gave a typically willing performance, reaching the heights of his outstanding matches against Real Madrid last year, his appearance on the left wing is not progressive for him or the club. Both him and Valencia are more defensively minded and able to track back, compared to the light-weight Mata and Januzaj, and this reinforces Moyes’ defensive tactics. This was a victory spurred on by spirit and determination, not tactics.

Then of course there was Ryan Giggs. A magical performance from the veteran, whose passing and control of the ball remain outstanding. This was a joy to watch, but also a damning verdict on the contenders to his throne. Michael Carrick could only dream of producing performances like the 40 year old’s, and he is by far the best midfield option at the club. This failure to replace Giggs, like Scholes before him, is definitely Ferguson’s fault yet Moyes would have known this at the start of the season and should certainly not be basing his future success on the player-coach.

It was another memorable European game at Old Trafford and the manager should be attributed to that. The bookies have been more realistic than Moyes concerning our chances in the competition but it does give us a glamour tie to look forward to and could inject some confidence into the team. However, the visit to traditional bogey ground Upton Park and then the derby should be clearer indications of the progress we can make under our current manager, whose team’s European success on Wednesday screamed more of days gone by than days in the future.