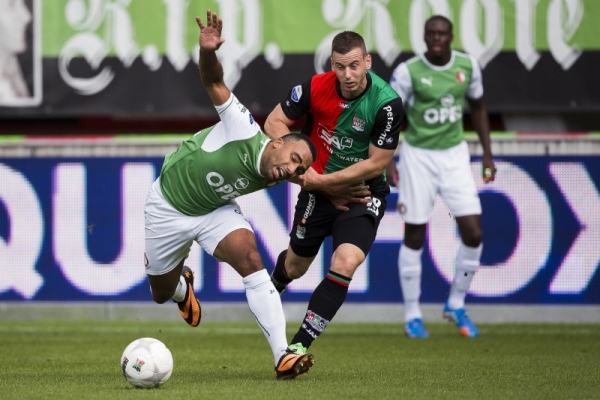 The agent of Manchester United youngster Marnick Vermijl has told Hets Nieuwsblad that his client will only remain at Old Trafford should manager David Moyes see the axe.

Vermijl, who is currently on loan with NEC Nijmegen, has had a good season cementing a place in their starting eleven. Aged 22, the full-back has seven caps for Belgium’s U-21 international side.

However, Vermijl signed a two year contract extension with United after David Moyes was appointed as manager and Vermijl’s agent Tony Dullers says that United have been happy with how the loan spell has gone.

“He is under contract at Manchester United until June 2015 but much will depend on the situation of David Moyes.

“If the manager stays, then it does not look good because he let Marnick go quite easily to NEC. If Moyes is sacked, it may open greater chances (at United).

“At Manchester United, they are very happy with his development. They want Marnick to work at a better club next season but another loan is not ideal. He will either get his chance in the first team, or move on permanently.”