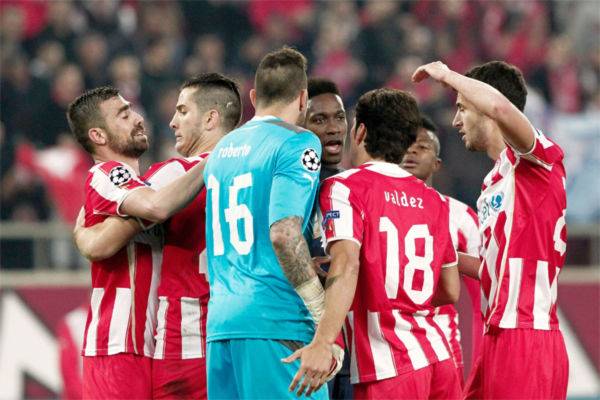 Manchester United look to overturn a 2-goal deficit from the first leg against Olympiakos, something the Reds have never achieved in the Champions League knockout stages.

United welcome the Greek club – which secured its fourth straight league title on Saturday with an 18 point margin – for the second leg of their last-16 tie.

David Moyes has come under increasing pressure at Old Trafford following a disappointing debutant campaign at the club and Sunday’s 3-0 humiliation at the hands of bitter rival Liverpool did him no help whatsoever.

Speaking to the press Moyes vowed to turning the tie around, acknowledging the need to start Wednesday’s game well.

“We have to go for the throat to get the win,” he said. “We won’t be gung-ho but we will certainly go with a mindset to overhaul the deficit as quickly as we can.

“We won’t be reckless as we could find ourselves with a bigger mountain to climb, but we can be forceful. We have to be if we’re to keep ourselves in the Champions League.”