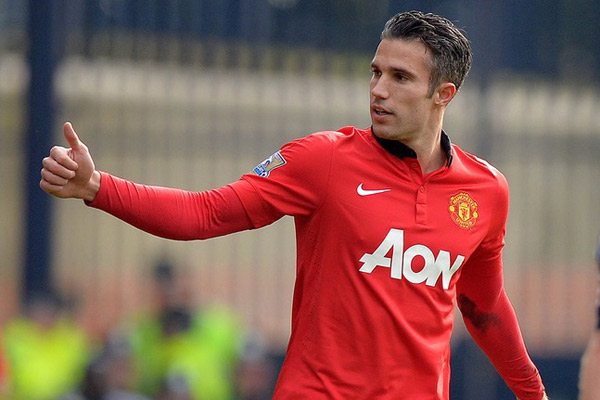 There has been an seemingly endless amount of speculation regarding Robin van Persie but tonight, speaking to Nick Coppack of ManUtd.com, he has set the record straight by saying he’s happy at the club and even wants to exceed his 4 year contract.

“I don’t mind if my performances get dissected and people criticise what I’ve done on the pitch, they can talk about my game 24/7 for all I care… and a lot of those opinions and criticisms may actually be right. So I don’t mind that.

“What I need to address are the situations when people are taking it upon themselves to think for me, make assumptions, or interpret things as if they are me. Last time I checked my head was still attached to my body, so I’m the only one who knows exactly what I’m feeling and that is not what I or the fans have been reading.

“The truth is I’m very happy here at this club. I signed for four years and I’d be delighted to stay even longer, beyond the next two years I have left on my contract. This is how I feel, although it’s not what has been suggested in the media.”

The media has been reporting for months that he wants to leave and the speculation stated it was the retirement of Sir Alex and more importantly the arrival of Moyes that unsettled him. A lot of media outlets had reported the Dutchman was unhappy with Moyes and his management but RvP also denied this in his interview.

“I can tell you that Moyes’ sessions and the things he says in his team meetings are spot-on. I really enjoy working under him and I’m absolutely convinced things will pick up and we’ll turn it around.”