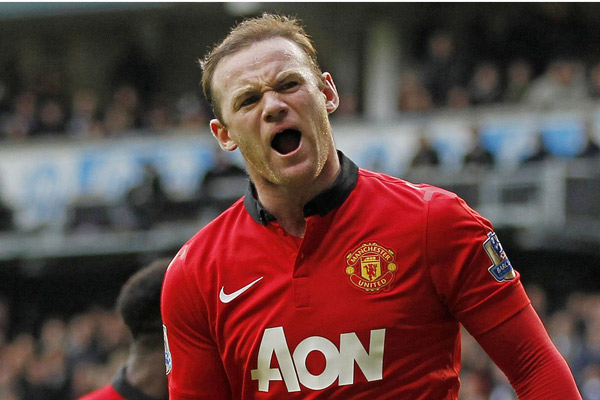 Wayne Rooney has thanked Manchester United fans for their support of the team despite the current situation.

“This hasn’t been the best season for us so far but our fans have still been brilliant and stuck by us so I would like to thank them for that, it gives the team a massive lift when the fans are behind you and in full voice and I’m sure that will be the case on Sunday.”

United have only won four games this calender year, five if you count the Capital One Cup but lets not. The Reds have been awful against the bigger teams this year taking only 5 points. Having lost to Chelsea, Liverpool, Man City, Everton and Spurs already this season; for the first time in years we are underdogs for Liverpool at home.

“Liverpool have been brilliant this season and it’s probably their attacking qualities that has impressed me most, Suarez and Sturridge are the Premier League’s top scorers and have formed a great partnership, but they also have a lot of other players in good form like Sterling, Henderson and Steven Gerrard.”

The England international also went on to speak about the rivalry between the two clubs.

“There’s no doubt that this is one of the biggest rivalries in world football,  they are two massive clubs who have competed against each other for years and both have been very successful.

The two cities are close to each other and both clubs have a massive following with brilliant fans. It has all the ingredients for a great game of football for all football fans.”