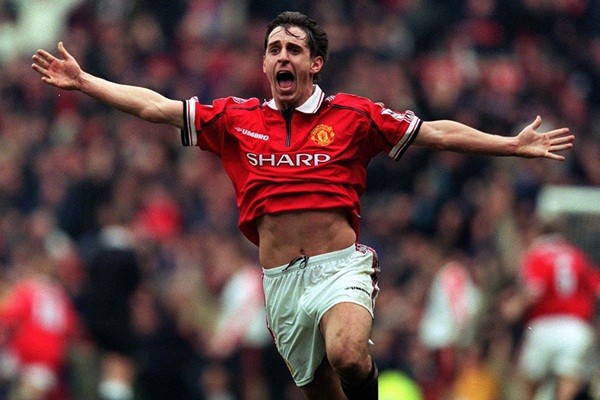 Gary Neville has admitted City have gone from being ‘irrelevant’ to ‘better than us’ – but he still doesn’t think they will win the league this season.

Attending an international property festival, Neville was representing Manchester where has helped try to attract major investors into the city. He spoke at length about Manchester’s economy benefiting from having two top teams, with both United and City being like a giant free-for-all in terms of tourists these days.

“For about 20 years of my life they were irrelevant,” Neville said. “Then they became a little bit annoying. Now they are actually better. It’s a bit of a worry. My uncle is a City fan. We all know City fans, we all know United fans. And I have to say, that generally it’s a huge positive to have two clubs of that stature for Manchester. You can’t really think about Manchester without thinking about football and the importance of it.”

At the event there was a question and answers session for the former Manchester United captain. When asked who would win this year’s Premier League, he said: “I said City certainly up to two months ago but if you asked me now I’d say Chelsea.”