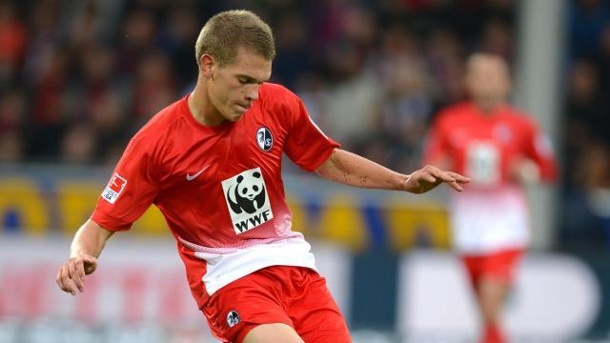 Good news for Manchester United fans, as many different media outlets have been reporting rumours and targets of which David Moyes hopes to sign in the summer. According to some sources, the Glazers are giving Moyes access to £200 million, and according to some others £150 to £300 million.

This is a decent sum of money to sign the players we need. Roy Keane thinks we need it, and you’d like to see the club feel the same. The current squad needs a rebuild that will take United into a new era, and help to potentially fulfill our target of winning the Premier League sooner rather than later, for the 21st time.

First up, with the departure of the skipper in summer to Inter, potential retirement of Rio and rumoured move to Italy or France for Evra, the defence is going to be a key weak point. It is also an area United need to drastically improve.

Moyes has been watching a young German, by the name of Matthias Ginter, currently playing for Freiburg. Ginter is a central defender. Moyes watched him perform on a recent trip to Germany, shortly after he received a call-up to the German national team. Ginter is speculated to be valued at £10 million and has also attracted interest from Arsenal and Bayern Munich.

Next up, a Sporting target who Moyes apparently believes is the answer to his midfield woes. William Carvalho, described as the next Patrick Viera, is earning just £4,000 a month in Portugal. Carvalho is one of Europe’s lowest paid top flight players, however; Sporting are aware that Carvalho is an interest to both Atletico Madrid and Manchester United, therefore they are willing to take him up to €50,000 a month; to keep him there for one more season.

Another target for David Moyes is said to be Fiorientina’s Montenegrin Stefan Savic, who had a shot in the Premier League with local rivals City, in 2011-2012. He didn’t impress so jetted off to Italy. However, he has now built a good reputation in Italy but in my opinion, we could do with singing someone better than Savic. Maybe the likes of Dante to see us through the next few seasons and allow Phil Jones and Chris Smalling to break through fully.

Some impressive transfer targets laid out by Moyes so far, with plenty more to come; as we anticipate a very active summer in the transfer window.