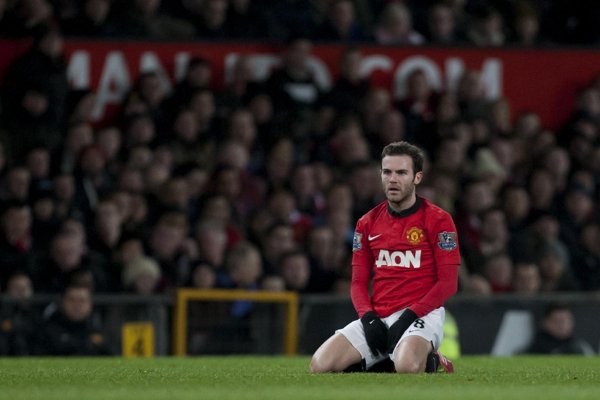 Every Monday morning, Juan Mata takes time away from training to keep fans up to date with his thoughts about the previous week.

As you might expect, Mata’s piece this week was full of positive vibes, having helped United secure a very impressive and pleasing comfortable away win at the Hawthorns.

Speaking on the 3-0 success at West Brom, Mata said,

“That 0-3 at West Brom was really important. I’m talking about the three points, of course, but also about the performance. We saw samples of what the team is capable of, and we got very positive feelings. I enjoyed myself on the pitch and at the end of the day that’s what you want when you play football. At all levels.”

Although the game saw very encouraging signs from us going forward, what was equally impressive was the resolution at the back, with soon to-be-gone captain Nemanja Vidic eased out in favour of the potential long-term partnership for club and country of Phil Jones and Chris Smalling.

Mata was full of praise for our recent defensive record domestically.

“I would like to highlight our three consecutive clean sheets in the Premier League. It’s important for our work not to concede, that eventually wil take us closer to our goals. In order to reinforce that we have a great challenge ahead this coming weekend: Liverpool at Old Trafford”, the Spaniard continued.

It goes without saying that the defence will need to be on their mettle at OT on Sunday, and seemingly Mata already knows the importance of the United-Liverpool fixture,

“The so-called North West Derby is always a big game in England, even more this season if you look at the Premiership table. At this stage, every match is important. There are less and less games to play and we want to get all the points. I hope we continue to play the way we did last week and delight the fans”.

Mata’s early promise for United has been recognised by our support, who nominated the Spaniard as our February player of the month. Mata talks of the confidence that the award has given him and, in his humble ways, paid tribute to his new supporters, who have certainly taken to him,

“It means a lot to me because the fans are the ones who voted. I want to thank all of you, this gives me so much confidence. I hope it will be the first of many”.

It looks as though Mata has settled quickly to Manchester life, he went onto say how he has already resided in Chester and how much he is enjoying his new surroundings.

Optimism on the pitch, players talking a good game, hopefully Mata’s confidence is rubbing off on the rest of the team, that breath of fresh air, we played with increasingly freedom as the game progressed at the Hawthorns, it resembled the United we are all accustomed to.

This bodes well for the weekend, we are going into the game with positives and things to build on.

Let’s hope the players can take the weekend’s form into the derby, it would give our fans a lot to shout about.

Something which Juan Mata has already achieved.