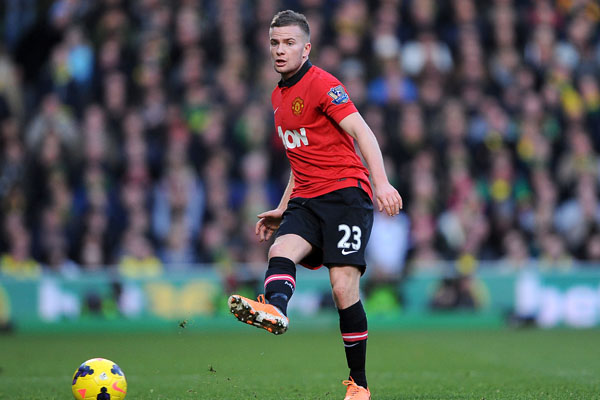 Roberto Martinez has passed comment on those critical of Tom Cleverley, arguing that the Manchester United midfielder is one of the best players of his generation and needs time to develop.

Cleverley’s continued selection in England squads has surprised some people to the extent that a petition was organised in the hope of dissuading Roy Hodgson from taking him to the World Cup. The 24-year-old did not feature in the friendly against Denmark on Wednesday but there were still jeers when his name was read out among the substitutes.

A petition for a footballer to be excluded from a national team? Stupid I know, but over 10,000 people have signed it, adding to the idiocy. Cleverley may not be your Roy Keane or Paul Scholes but he works tremendously hard and such abuse is difficult to justify.

Martinez took Cleverley on loan for a season at Wigan in 2010-11, and arguably got the best out of the player.

“There are only a few players in this country who have had the sort of education where they look as if they could have been brought up in Holland, Spain or France,” he said. “Tom is one of them. I just don’t understand this campaign, it is not the way to encourage young players.

“Maybe he has been given a bigger role than he should have been given but even so it is ridiculous to put someone so young in the spotlight then knock him down. We as a public are to blame if we allow that to happen. You have to help young players reach a level.

“What has happened is not Tom’s fault, I think he is as good a talent as we have in the English game, and he is still growing. You wouldn’t get this in other countries, and I find it disappointing that he is being judged so aggressively when he has not even reached 200 games. Such a young player does not need that sort of scrutiny or pressure, but I am sure he will come through it and be even more motivated.”