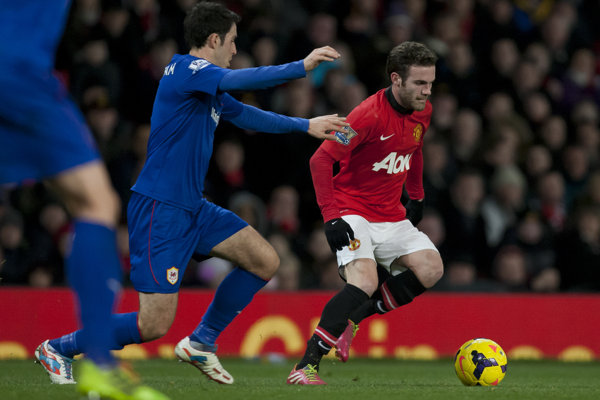 Juan Mata was voted by the fans as our player of the month for February.

Yeah, you’re not the only one. We’re all pretty surprised by this at SN but I guess whatever our club’s Facebook fans think goes. They had the final say in this along with those who retweeted @ManUtd to make Mata man of the match on several occasions.

Either way, Mata is happy. I’m happy he’s at United as we all should be. Lets hope he’s winning league titles etc next season on.

“It’s amazing for me to be awarded with this prize after my first month,” he said. “I have played just a few games, five games I think, and I am really grateful the fans have voted for me. I feel really happy. Life in Manchester is good, I have already found a house, I have a new home and I am trying to know different places around the city. It is a really nice city to live in. It is quiet, relaxing and you can be focused on what is important – playing football.”