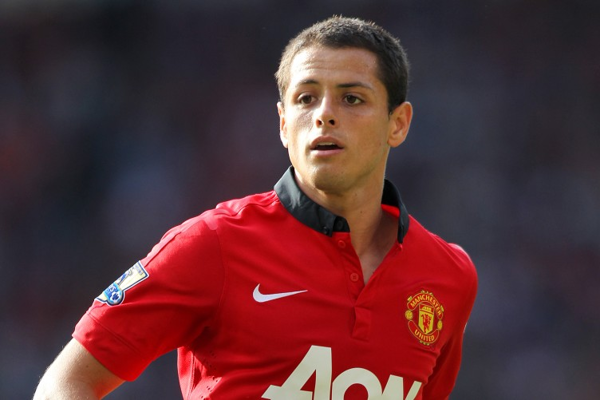 Javier Hernandez has been speaking about he’s recent call up for Mexico and decided to have another dig at Manchester United and Moyes.

“I am very eager to play as my club don’t take me much into account. I hope I have the opportunity to play.

The Mexican striker has only started 4 games under new manager David Moyes and this isn’t the first time he has expressed frustration. Several posts on Twitter or Instagram seemingly appear to be digs at Moyes and on one occasion van Persie, but he swiftly denied the latter.

It’s looking increasingly likely that he will leave this summer and that is probably for the best. Hernandez has not got many opportunities this season but whenever given minutes, the Mexican international has been poor, especially with an abysmal first touch.

However if Hernandez is frustrated at the amount of game time he receives, maybe he should work harder in training to try and prove to Moyes he’s good enough and stop moaning about it on social media.

134 responses to “Hernandez: United don’t take me into account”