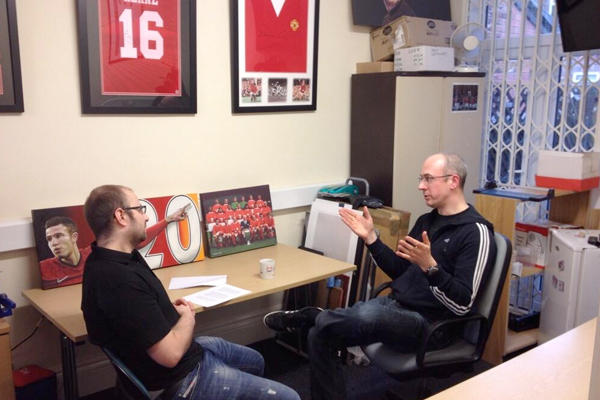 Duncan Drasdo of Manchester United Supporters’ Trust (MUST) does not believe the club need a sheikh or an oligarch to replace the Glazers.

In short, the Glazers need a shake. Drasdo thinks a model at Old Trafford which involves the fans – like Bayern Munich have in place – would work.

MUST has more than 200,000 members and is committed to obtaining a substantial stake in the club on their behalf.

Chief executive of MUST said: “I don’t agree that we need an oligarch or a sheikh. Look at the money the Glazers have cost Manchester United. The widely-reported figure is £680m and if you take into account the debt that still exists by the time it has been paid it will be over £1bn. That tells you how much surplus cash United have generated while still remaining competitive.

“United can compete if allowed to use its own resources. Look at Bayern Munich – they don’t need an oligarch. I think if anything they show that commercial value is increased when fans have a strong ownership stake.”

When asked about the valuation of the club, Duncan says that the £2bn asking price is far too high but reckons it has already fallen and will drop further given the club’s current circumstance.

“I think Fred is right in saying that they were asking for a price that nobody was willing to pay,” he said. “I think Fred is also right that the Red Knights and the 40 investors model was not viable and, to be fair, I think those involved reached the same conclusion. We are backing a model that involves supporters having an meaningful voice in how their club is run but that is not the same as fans running the club.

“I also think that now it would be a lot less than £2bn. A club’s valuation is based on the gap between its income and costs. The costs at United will go up because Sir Alex Ferguson was operating at another level. We were told not long ago it had dropped to £1.8bn and it could go down as far as £1.2bn.”

One response to “MUST: United don’t need a Sheikh”