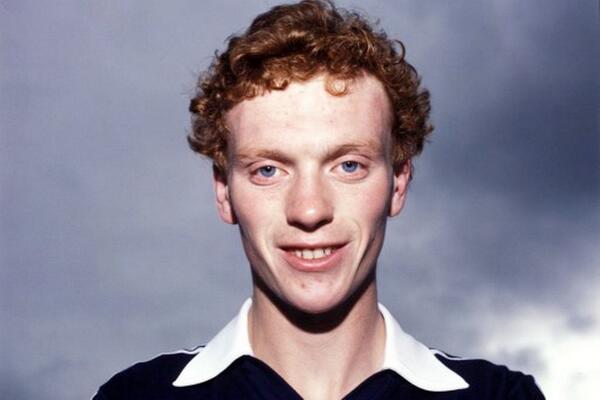 Manchester United’s defeat to Olympiacos in Athens has, it appears, proved something of a watershed, not just within the fanbase, but in media circles and at the club itself. In the latter two in particular the overriding message until this point has been one of patience, that a British manager taking over from a legend should be given time to get to grips with the enormity of the job at hand. There has been an understandable desire to see a manager from these shores prosper at a top club, amongst an elite group of exclusively foreign coaches. From the club itself the naive but warming message that Manchester United do not sack managers and are looking to build another dynasty built on time and solid foundations, with a man whose values supposedly matching those of his predecessor, has been relentlessly endorsed. Noble sentiments. Whilst those beliefs had been tested by the alarming slump of the team, a seemingly downward spiral, recovery was anticipated and worth waiting for. Athens changed everything.

Within the fanbase the shift has been slow, defeat after wretched defeat slowly wearing down even the most patient of souls. Those wishing an end to it all are most definitely now in the majority. More interesting, however, have been the reactions of the press and the club itself. In the former the defeat to Olympiacos appeared to turn on a tap, as a torrent of previously withheld, polarised opinions gushed forth, some genuine and others born from briefing or friendship. The honeymoon period was over. The majority has been critical and, for the first time, hacks are writing about Moyes’ repeated, baffling mistakes, stubbornness to identify failures and to correct them and the dreadful, soulless football from the dark ages. More pertinently stories are beginning to seep through of dressing room unrest. That he has lost the players, or a good proportion of them, was obvious to anyone who watched the match. From the optimism that followed the win at Palace and a notable change of shape and style, Moyes reverted to type in the biggest game of the season so far and blew it. Catastrophically. For the first time the idea that there is no way back has been openly discussed by journalists and commentators. Perhaps the most damning opinion came from Jim White of the Daily Telegraph, a United fan himself and previously a staunch backer of Moyes’ need for time in the job. In recent weeks he had begun to question elements of the new regime, but in a guarded, non-commital manner. Post Athens the gloves came off and White described how Moyes had turned “The Theatre of Dreams in to Poundland”. He made a prescient point about training:

“You wonder what Moyes does in training. Because it does not appear to feature any effective drills involving moving off the ball. Or passing to a team-mate. Or breaking down a massed defence. Or even breaking down a pretty ordinary, cursory type of defence.”

This is interesting, because other journalists have intimated that Moyes does no attacking drills whatsoever, a startling and damning indictment if true. It seems too incredible to be the case, but since May the incredible has become the routine at Manchester United. White is correct in the observation that what we see on the pitch seems to support that claim.

It is not only in the press where concern for where this is all heading has become evident. You know there’s a change of underwear required at United when the club start briefing. And boy did they brief. The message was confused and two-fold. Firstly there was what appeared to be a defence of the manager, an attempt to show that despite the farce on the pitch that strides were being made off it. Manchester United, we have been told, was a medieval fiefdom run by a single, all powerful baron, so successful that nobody saw fit to upgrade the ZX Spectrum in the basement or change the water in the fish tanks for twenty years. If Jonathan Northcroft and Martin Samuel are to be believed then United the football club, as opposed to the business, are stuck in the 1990s, with a team of veterans and mid-table cloggers and David Moyes has arrived atop a trusty steed to save the day and bring us in to the 21st century. This is being done, we are told, by the creation of an impressive scouting ‘bunker’ full of white boards, iPads and PCs, brimming with databases full of player information. This virtual power would drive a huge summer recruitment process funded by as much as £150m, with which the manager would revolutionise an ailing squad. The message was clear. On the pitch all may he going to rat sh*t in the most abysmal fashion most of us have ever seen, but behind the scenes a revolution is under way. It is an unusual defence, because it relies on us being persuaded that Sir Alex left a dated, inadequate mess behind. This is a brave message to permeate, particularly when that man is still a director at the club. Thanks for everything, but you’ve left us in a right old state. The truth is that the squad does have issues, although not as fundamental as some would have you believe. The same is true of a scouting and player recruitment system which channelled solely through one man, in consultation with David Gill. There is no suggestion that the network of scouts is inadequate, just that the way information is received, collated, analysed and stored needs to change. To me doing this should not be a great hurdle or lengthily process for a club with the resources of United and it would surely be a priority for any modern incoming manager. But Moyes’ bunker, we are told, is something of which we should be very proud. However, to imply that a club with unsurpassed medical facilities, sports science analysts and modern coaches is a thing of a previous time is taking things a little far.

However, this was not the whole message. In a strangely fitting dichotomy the same journalists, at the same time, we’re clearly being briefed that patience at the club is finite and that, without a serious upturn in results in the coming weeks, the appetite for continuing the relationship beyond the summer may run out. At executive level a novice Vice President, one who had a shocker of a first transfer window, appears to be finding his feet and plans for a more committee based transfer strategy seem to be being out in place. Moyes, I am sure, would prefer complete autonomy, but it looks unlikely that he will get it. For all the self righteous, superior claptrap about dynasties and time, a large light bulb appears to have switched on at Glazer HQ and that trust is suddenly coming in to question. Their poker face has shown the first signs of cracking. You see, it turns out we aren’t an ethereal, majestic institution with moral values and higher standing than any other. United is a football club and a business, just like the rest, and when the team loses again and again and again it damages the share price, the brand, the business and income streams. And for all of Ed Woodward’s bluster about United remaining a hugely commercially attractive proposition without trophies or Champions League football, he and his paymasters know that the road we are taking could well be very costly indeed. David Moyes can install all the whiteboards he likes at Carrington, but without performance and product on the pitch his achievements will be insignificant. Manchester United, it turns out, will sack a manager, and pretty sharpish if things get much worse. Credit should, in fact, be given that they have held out this long. No other elite club would have. But even the dreamers at the top have started to come to their senses. A Scottish lilt and time does not a Fergie make and the virtues of promptly sacking an ailing manager can be seen in recent history: AVB at Chelsea, Hodgson at Liverpool, Benitez at Inter, Di Canio at Sunderland. Taking decisive action is often the right thing to do. Ask Southampton fans, enraged by the removal of Nigel Adkins and the appointment of Mauricio Pochettino. A hard working, good man, replaced by a modern, progressive coach. Clubs sack managers. Manchester United used to do it before encountering a once in a lifetime genius. The concept of terminating a manager’s contract is not, except on a personal level, always a negative and this realisation is something that the club are clearly waking up to.

Athens caused a collective blink. It was something so fetid, so rotten, shambolic, gutless, pathetic, that the elephant in the room could no longer be ignored. This team is bad and fast getting worse and it is not, by any measure, the sum of its parts. 8 months is enough for signs of progress, for an embryonic playing style to be observed, for the demands for excitement that come hand in hand with controlling this great club to become apparent. It is an institution built on adventure, drama, imagination and this side, under this man, has none of those things. Some call it entitlement, but the need to be challenging for trophies, or at least putting up a display of defiance is simply a necessity at the club Fergie rebuilt. If nothing else the huge wagebill and other expenditures demand it . But in these most extraordinary circumstances, following a triumphant quarter century reign, a period of adjustment was expected and accepted. A period where, whilst we may fall short in the end, the team would at least put on a show. If you can’t win at least excite us and show us a vision of the future. For fans, commentators, journalists and the club the defeat in Greece was a dagger through the heart of the pretence that this is a work in progress. This is a team doing none of those things. It is not achieving even basic competence. And suddenly it is ok to say it in public. For all the iPads in the world, if a team can’t demonstrate tactical acumen against the most mediocre of opponents, cowers in terror at facing those foes, recedes in to its shell at the first sign of adversity, then a football club cannot prosper on or off the field. Sir Alex undoubtedly left a club where some change was needed, and the simultaneous departure of David Gill undoubtedly made that transition harder, but in his no doubt sumptuous office Ed Woodward is showing signs of learning from his mistakes, growing in to his job. David Moyes, on the other hand, is at best standing still, at worst regressing. Even his most staunch defenders are, in mounting their campaigns in his favour, admitting that this is a drowning man who needs a life raft. For all the excuses about the off field deficiencies of the club that Sir Alex left, the key issue here is about the players who currently wear the shirt, a very decent bunch, and how they are motivated, trained and tactically set up to play football. Pure coaching. The essence of the job. And it is this discipline which the manager has most abjectly failed to master. For that there can be no excuses. The fans know it, so to do the press and the club. The honeymoon period, the time for patience is now over. West Brom, Liverpool, Olympiacos, City. Last chance to deliver. It’s sh*t or bust.

3 responses to “Athens: The end of the honeymoon”