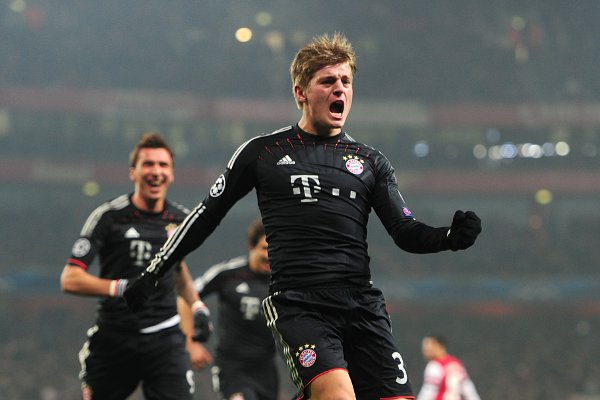 Bayern Munich midfielder Toni Kroos has been heavily linked with United over the past few months and now his agent, also his brother, has spoken about this potential move branding United as Kroos’ ‘dream club’.

“We have already talked about it, Manchester has been the team of my dreams since I was a child. However, I don’t give him any advice. He will take a good decision for himself. There are worse situations than having to decide something like that.”

Kroos’ future at Bayern is certainly up in the air shown clearly when his agent spoke earlier about his future saying he’s “unable to rule anything out”. Bayern’s president Franz Beckenbauer has reiterated the clubs stance on Kroos indicating the club will into be forced into paying him higher wages.

“You have to make a decision as a club when someone’s demands are going through the roof. There is not a single player who’s worth changing your entire wage structure for. Nobody’s indispensable. If the player wants to stay at Bayern, I can only advise him not to overplay his hand.”

Kroos is currently on 65k a week which for a player that starts most games for the ‘best club in Europe at the moment’  isn’t that high, especially when you look at Wayne Rooney on 300k and Kroos’ team mates Schweinsteiger on 135k & Gotze 115k. I’m sure United have the money to spend on the transfer + high wages, Rooney’s new deal clearly shows that and the fact we’ve broken our transfer record for Juan Mata.

While his wages may not be a problem the fact that is he is open to leaving means a lot of big clubs will be in for him and in a season where we may not have Champions League football this may prove vital. While it does seem a bit far-fetched, swapping Europe’s best for a struggling United team without Champions League it’s still very possible, I think almost any transfer is possible at Manchester United after signing Arsenal and Chelsea’s best players

One response to “Kroos: United is my dream club”