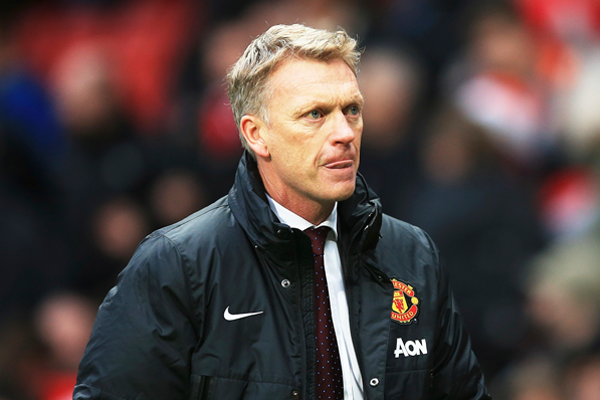 It was April 2004. United were toiling in a league campaign that never looked like proving as successful as the previous year when they had won the title. Their best centre half missing for half a season. Having to try and gel the likes of Djemba-Djemba and Kleberson into a side with the likes of Nicky Butt and Roy Keane in the winter of their Old Trafford careers was proving to be impossible.

There were embarrassments. Away at Wolves, Blackburn, Southampton. Humbled at home by Liverpool, thrashed 4-1 at City. Dumped out of the Champions League by Jose Mourinho’s Porto. Only the FA Cup provided a possible glimmer of success in an otherwise poor season (by Fergie’s standards anyway).

A January signing was cup tied that for that cup run too. But United outclassed City with 10 men in a terrific Old Trafford cup tie. They reached the semi-finals, once again facing Arsene Wenger’s side. No Van Nistelrooy, injured. No Ferdinand, still banned. No Saha, cup tied. A bandaged up Solskjaer playing on one leg and instinct at Villa Park on the day Amberley House won the Grand National.

Roy Keane said afterwards that there was something about that day that told him “there’s no way Manchester United are going to lose today”. Darren Fletcher bossed Patrick Vieira whilst Cristiano Ronaldo left Ashley Cole with twisted blood. A poor united side dug in and, roared on by a ferocious support, they fought their way to a cup final.

Looking back at that season, it’s easy to look at the similarities between ’04 and ’14. The emerging talent of Ronaldo/Januzaj, the January buy, Rio not playing after the new year! There’s a lot to compare and contrast right down to a pissed off Dutchman leading the line. I still believe though that the squad we have today is lot better than the one which achieved our last FA Cup triumph. It is for that reason that I still believe there will be a turnaround in the home leg of our European tie. There won’t be a turnaround in terms of a phenomenal sequence of results to take us to the top four. This team, like ’04, is not consistent enough to put together such a run. But it can have its moments, its acts of defiance.

What was notable about the set up of Manchester United a decade ago was a former Everton manager amongst the backroom staff for the run-in. Walter Smith was brought in to try and stem the flow of goals United were conceding. He wasn’t a permanent solution. Walter was a new face at a time when the usual ones seemed to be losing their authority. It is a move that Moyes should take note of.

For all the tweets wishing Keane would be allowed in the dressing room to get the players wound up (on the basis of criticising an interview), its worth looking at United’s current staff first. We can speculate about Moyes’ lieutenants and their worth but when you have the likes of Scholes and Butt sat on a bench overseeing the under 19s then you can’t help feel their being underused. It can be a subtle difference, a slight break from the norm. But to see Nicky Butt taking the warm up could make a small difference which could mean a lot to supporters. (No, we’re not going to win the European Cup with that move.

You have to consider the pressure that is on Moyes. The scrutiny he is under following the Olympiakos display is massive. As nice a lad as he might be, Phil Neville would be the last of the Class of 92 that you would have giving pre-match instructions. Someone like Butt putting the team through the warm-up would not just give the team a different voice to listen to, but he would be best placed to tell the players exactly what they’re representing.

It would show too that Moyes is receptive to change. That he isn’t stubbornly ploughing forward in the ‘hope’ that something ‘might’ change. My patience for the United manager is evaporating, like many others (although I’ll admit patience is not a strong point of mine). The ridiculousness of his team selection showed naivety in Europe. It perhaps displayed his downfall this season. Too many “11 players on the pitch” and not enough “teams”. He needs to be seen to be doing everything necessary to turn this situation around. Last Saturday, there was a glimmer of change. You could see a shape that could work. Two holding players, the rest interchanging. It worked too. All the more reason to simply swap in Kagawa for Mata on Tuesday.

He may not be everyone’s favourite player, but he is the best option for that team, that shape. On Tuesday, what we saw was a system that hasn’t worked for six months being trodden out once more for our biggest fixture of the season.

Moyes now needs to change things. He should start with his staff. A little promotion for someone who knows what it means to have to fight for the shirt. It’s the type of thing even the greatest managers have to do in times of trouble. Get some extra help in. Small steps David, get the supporters back onside by making some changes and they can roar the team on to some last acts of defiance; just like they did at Villa Park in 2004.

One response to “Time for a change? Even a small one…”