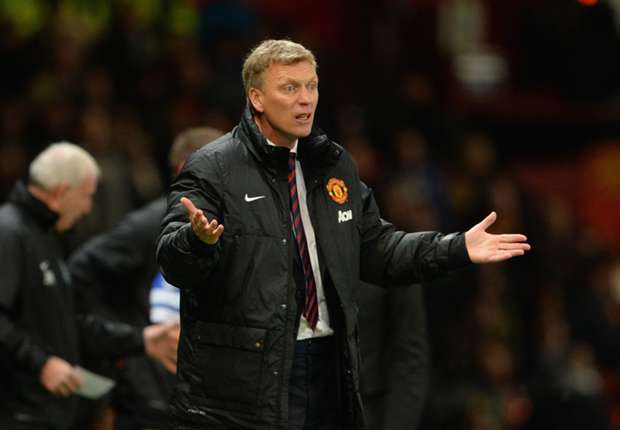 David Moyes has been given 12 games, until the end of the season, to prove he is the man to lead a MASSIVE £200m summer spending spree.

According to The Independent, struggling Manchester United manager David Moyes has been put under pressure after the clubs worst performance of the season in a 2-0 defeat to Olympiacos. It gets worse as the champions have won only 4 games from the last 12 and have been eliminated from the FA Cup, League Cup and are on the verge of a Champions League exit.

While this information isn’t extremely surprising, the fact that they are reporting United have a £200m transfer fund this summer is. Since his arrival Moyes has spent £27m on Maroune Fellaini and broke our transfer record signing Juan Mata from Chelsea for £37m.  They also report United want to spend this money to win the title next season rather than challenge for top 4. But they face a huge challenge, do they trust Moyes with this money and with the clubs chances for next season?

I cannot complain about his signings, I’ve always been a fan of Fellaini and while the price might have been a little much I really don’t care. No one on this planet could complain about signing Juan Mata. As with van Persie it seemed to be one of those players who will always been at a rival club for us to envy especially Chelsea’s player of the season for 2 years in a row. While his 2 signings were fantastic we needed more, clearly. He missed his chance, we needed Fellaini and a player like Vidal or Gundogan which we obviously never got. And for Herrera the less said the better. A lot needs to be done over the summer, if Moyes stays he simply cannot afford to get it wrong.

I believe Moyes’ first mistake was getting rid of Meulensteen and Phelan from the coaching staff, they would have been vital in helping him this season. But the worrying thing this season is that there hasn’t been any signs of change, the same tactics, the same players the same crap each game. Some of his squad selection has been abysmal. For example, Adnan Januzaj one of our best players this season was rested for the biggest game of our season against Olympiakos, it’s ridiculous.

Some players mentioned that United are interested in are Luke Shaw and Toni Kroos. United hope Evra will sign a new contract and we will have his experience and Shaw’s youth together at LB. Kroos showed his quality against Arsenal and it will take a lot of money to get him but it’d be 100% worth it. My personal opinion is that Rio, Buttner, Young, Nani, Cleverley and Hernandez should leave this summer. Personally I’d like us to bring in Kroos, Griezmann, Shaw, another midfielder & a back-up right back. Of course this isn’t Football Manager but a clearout is needed.

Can we trust Moyes in charge of this ‘£200m spending spree’ and risk another season finishing outside of the top 4? If he’s sacked who would we bring in? One thing for sure is that interesting times lie ahead.

8 responses to “Moyes given 12 games to prove himself”