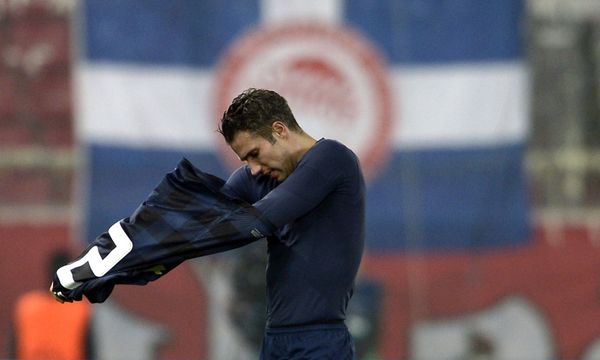 Robin van Persie, speaking to The Sun, is quoted as saying that we are lousy but insists it’s not David Moyes’ fault.

“We are lousy – in a lousy position in the league, out of the cups and this (Champions League) looks a difficult one also. We are very disappointed. It’s a tough season. Sometimes we play good but not always. And we are not lucky. That’s no excuse, though. We need to turn it around.”

While the Dutch striker, who has scored 11 goals this season, has slated the teams performance this season he says he is not forcing the blame upon David Moyes admitting he needs to be given time.

“He is new and needs time. He’s working hard and so are we, it’s easy to point at the manager but that’s not who I am. We need to do it on the pitch.”

“We are able to play in a high tempo with massive power but in Greece it was all too slow. Olympiakos didn’t create a lot either. The first goal was lucky, the second goal was a great one and for the rest of the game they didn’t have any good chances. It was much too slow and we only had one shot on target in the whole match against Olympiakos, which is far too little. Everyone is very disappointed.”

But he insisted that United can still progress in the tournament.

In my opinion Van Persie hasn’t showed enough passion this season and reports yesterday stated he is to consider his future. It’s very possible he may leave this summer.