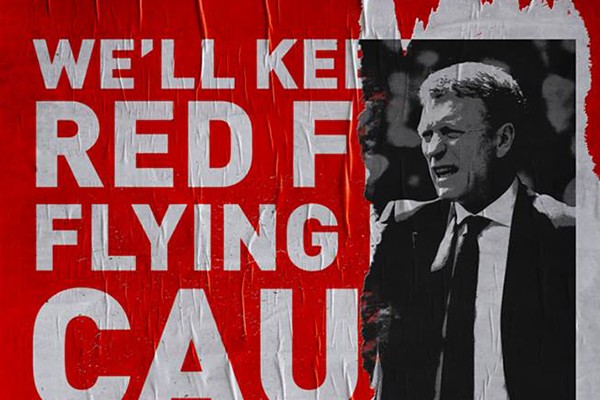 Con Artist presents an insiders viewpoint and audience Q&A during one of the most crucial periods in the modern history of Manchester United… David Moyes, Sir Alex Ferguson, the Glazers, the players, the future, the club. United, This United.

United had lost the first leg of the tie 2-0 at the Camp Nou through Graeme Hogg’s own goal and Juan Carlos Perez Rojo’s last-minute strike.

Ron Atkinson’s side were given little chance of overturning that deficit against the Spanish giants, who were managed by World Cup winning coach Cesar Luis Menotti and boasted a certain Diego Maradona in their illustrious ranks. This game witnessed arguably the greatest atmosphere experienced inside Old Trafford and you have a chance to relive the occasion at This United on Saturday night.

If you want tickets you can buy them from Con Artist here. Get 20% off the tickets by using the discount code “irishred” set up exclusively for Stretty News readers.