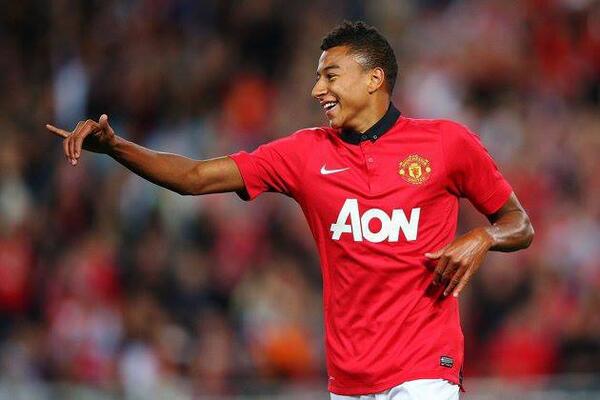 After being at United since the summer of 2011, the youngster is yet to make his senior debut with the club, however has consistently impressed fans and clubs with his excessive progression in the U21 side.

Jesse plays on the wing, or through the middle, as an attacking midfielder, with his pace and agility; he fits the roles perfectly.

Sitting at 21-years-old, Jesse has a bright future and is demonstrating this accurately pwith a brilliant loan spell at Birmingham recently; scoring 4 goals on his senior debut.

Although Lingard is yet to play in the Premier League, he was part of the 19-man squad for United’s 2013 Pre Season Tour. Lingard score his first goals for United in a 5-1 win over A-League All Stars, he netted 2 and became the first player to score for the club under current manager David Moyes. During the successful tour for the youngster, he also scored against Yokohama F. Marinos and Kitchee SC, finishing the tour as the top scorer; with 4 goals in as many matches.

After such an impressive touring performance, it was obvious Lingard was a bright light, many thought Jesse would have a shot at first team football this season, however it wasn’t meant to be; being loaned out to Birmingham seemed to have developed him a lot, and I’m sure being loaned out to Brighton will do the same.

When he’s back in the summer, the squad will be getting rebuilt; with a hefty £200 million pounds available for Moyes from the Glazers, this will no doubt make it harder for Jesse to break through, with possible incomes of Gündogan, Vidal, Pogba, Reus and many other targets Moyes has lined up.

In the future, I’m sure he’ll get a chance, he’s proved himself a lot, and I think he’ll clinch Brighton’s playoff desires, playing the magical football he’s always portrayed.