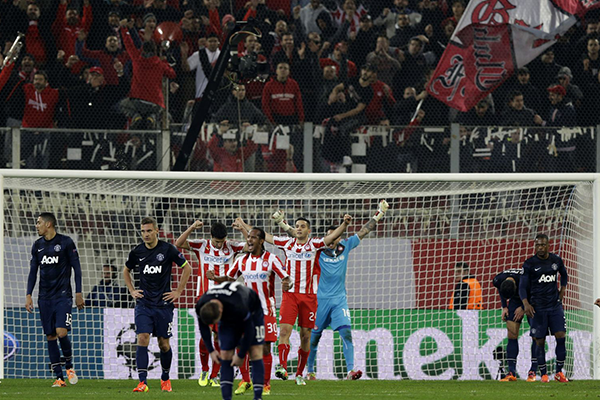 Patrice Evra has come out in support of manager David Moyes despite reports that the defender will leave the club in the summer when his contract expires.

In the wake of United’s lackluster performance against Olympiakos, Evra’s backing comes while the chorus builds for Moyes’ sacking.

In an interview with RMC Sport, Evra says Moyes has the full backing of his players as they continue their fight for fourth place and Champions League qualification for next season. United currently sit 11 points off fourth-placed Liverpool.

Despite talk of being replaced by Leighton Baines or Luke Shaw, Evra insists he has ‘good relations’ with the boss.

“There was a big change, it must be digested – nobody likes change,” he said. “The team played for over 28-years with Alex Ferguson.

“It is behind the new manager, we will do everything to qualify for the next Champions League.”

Evra was then asked if he would be returning to France. He replied:

“I love Manchester. When my love will be broken with Manchester, I will study the possibilities.”