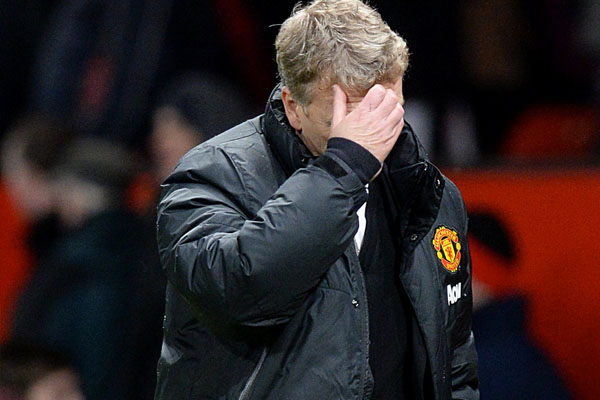 All of the ABUs and rival supporters have waited over two decades for the Manchester United empire to crumple, and now, under David Moyes, they’re enjoying every bit of it.

Be honest with yourself; have you gone to a game at any point in the last twenty years less certain that the team would win, especially against lesser opposition? This season has seen a worrying trend of losing or perhaps drawing against teams who do not necessarily need to be at their best.

These results are not even the most worrying aspect of Moyes’ reign so far. In terms of football per se, it has been abysmal. An occasional decent performance is directly followed by a handful of lacklustre displays.

The team we see now lacks all of the qualities progressively instilled by Sir Alex Ferguson during his tenure. Fans this season have sought to rationalise this, resulting in various players being scapegoated. But the players don’t seem to care anymore. Not only has the fear factor disappeared for opposing sides, but it’s also vanished inside the dressing room. The attitude stinks.

Fans are in one of two contrasting groups: #MoyesIn or #MoyesOut. This dichotomy existed from the outset, and all of the mediocrity witnessed thereafter has increasingly strengthened the latter position. In reality United have made the transition to life without Ferguson more difficult than it needs to be by appointing Moyes, and not a manger that that possesses the proven pedigree to handle the biggest job in world football.

The appointment was initially met with a certain confusion. Today I happened upon a piece from Daniel Taylor, Chief Football Correspondent for The Guardian, who questioned whether Moyes was the right man back in May 2013. While I am well aware that plenty of Reds claim to be anti-Mourinho, Taylor echoes my sentiments when considering José’s far superior credentials, which indicated he was better qualified for the job.

Everything that could go wrong this season has gone wrong. First of all, the summer transfer window was an utter farce. The club completely failed to back Moyes, serving to compound his reputation as ‘Dithering Dave.’ Then there are the naive tactics, appalling press conferences, defensive lapses, profligacy in front of goal and goalkeeping calamities.

It has not been good enough and I cannot see him turning it around. As Paul Hayward wrote in the Telegraph, if players turn on a manager these days, there is no way back.

6 responses to “David Moyes – When is enough enough?”