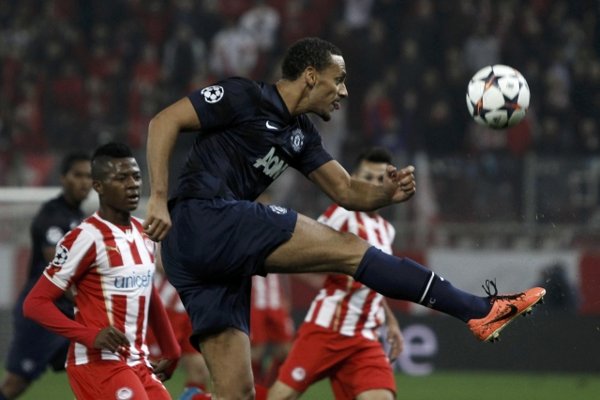 David De Gea – Blameless for both goals. Outdone by a deflection and a great strike. 6

Chris Smalling – Torrid night. Awkward in possession and defensively, lost his footing on more than one occasion. A night to forget. 4

Rio Ferdinand – Father time has caught up with him. Another very poor game. Caught in possession frequently and too sloppy on the ball. Time to hang up those boots. 4

Nemanja Vidic – One of the better ones tonight. Defended well and at least showed some fight and hunger. Still our best centre-back. 6 MOTM

Patrice Evra – Campbell ran him ragged all night, booked early on. Our failure to sign a left-back in January is haunting us. 5

Antonio Valencia – Crossing was horrendous, not for the first time this season. Another poor game. 4

Michael Carrick – Started the game well enough but got over-ran, started to give the ball away more and more as the game progressed. 5

Tom Cleverley – Picked ahead of Fellaini, who impressed against Palace, he did not take his chance though. Doesn’t do enough to be a United midfielder. Surely running out of chances. 4

Ashley Young – Worked hard but lacked quality when needed. Needed to do more. 5

Wayne Rooney – An off night by his standards. Dropped deeper and deeper but was marked out of the game. Couldn’t get into areas to hurt Olympiakos. 6

Robin Van Persie – Isolated for most of the evening and missed a guilt edged chance to get the crucial away goal which he really should have scored. 5

Danny Welbeck – Looked lively and gave us some energy and threat going forward. 6

Shinji Kagawa – Impressed in the hole. We looked better following his introduction. 6