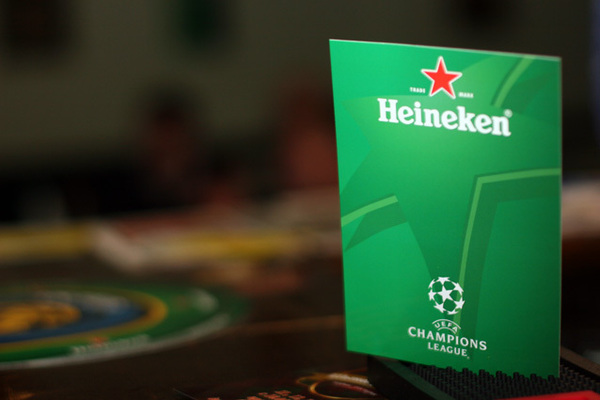 Now, for those Manchester United supporters and football supporters around the globe, Heineken brings a promotion for the Champions League. And the details are simple.

All people have to do is text “HKNUCL” to 88500 to enter, and check-in from a football pub on the mobile app, Foursquare. While doing this during a Champions League match (any match will do), entrants will be eligible for a chance to win brilliant prizes.

These prizes include signed memorabilia from Champions League greats.

So get out to the local pub, wherever you are. If you cannot be at Old Trafford, thrust back a few Heineken’s and have a chat with football supporters alike.

*This competition applies to American readers only. Perfect excuse to head out and enjoy a few jars.*