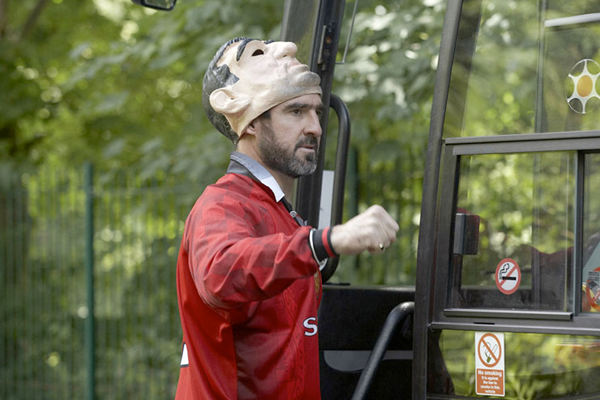 On 25 January 1995 English football witnessed an incident that that shocked a nation as Eric Cantona launched himself into the crowd at Selhurst Park to karate kick Matthew Simmons.

Simmons, a member of the National Front, had shouting something along the lines of “Fuck back to France, you French motherfucker” as Cantona walked towards the tunnel after being sent off. Following the incident both stood in court where the Manchester United centre forward claimed Simmons had said horrible things about his mum too, although that was soon denied when the racist denied saying anything “offensive or rude.”

When Cantona reflected on his career he said: “I have a lot of good moments but the one I prefer is when I kicked the hooligan.”

The last time United played at Selhurst Park, Reds showed up in Cantona masks and as a result were ejected from the ground.

Talk sprung out of nowhere this week that United fans were going to attempt it again which was followed by a statement from a Palace spokeswoman: “I have been advised by our stadium manager that no supporter is permitted to cover their face.”

Kick racism out of football. Literally.