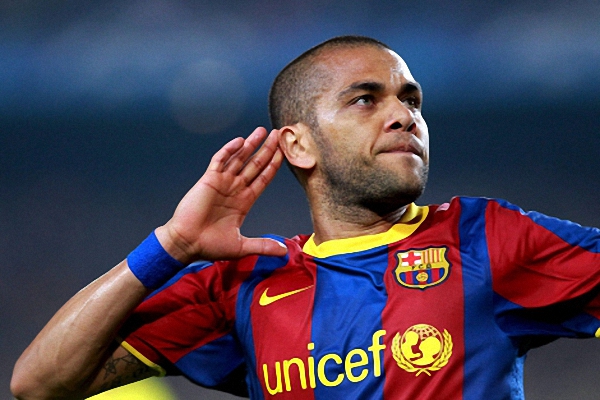 Following Pellegrini’s ridiculous comments where he stated that City are a ‘bigger’ club than United, Barcelona’s Brazilian right-back Dani Alves has… well lets say contradicted those comments. Alves has revealed that he never heard of Manchester City and thought there was only one team in Manchester.

“I didn’t realise until about five years ago that Manchester had two teams, of course Manchester United have been one of the most famous and successful clubs in Europe for many years – but I thought they were the only one.”

Dani preceded to slate City for basically buying their success. Also another reason why City will never be bigger than United, their history compared to ours is like comparing Tom Cleverley to Andres Iniesta.

“When Manchester City got new owners and started buying some of the best players in Europe everybody knew who they were – but until then I must be honest I didn’t know about them. I think this is the reality of modern football. You don’t need ten or 20 years to establish yourself – if you have rich owners you can do it in two or three years. It doesn’t matter if I or anybody else agree with it – it is just the reality of today.”

He also stated that Barca are still aware of City’s quality ahead of their Champions League game, which fully showed when Barca beat them 2-0 and basically knocked them out of the Champions League eh?

Alves was not the only Barcelona player who made comments favouring United over City. Former United defender Gerard Pique was asked if he was ever to leave Barcelona would he join City or the much bigger club Manchester United, his response was ”what do you think? If I was to choose it would be United”

I think Barcelona’s defensive pairing have confirmed what should be fairly obvious to the well educated football fan that Manchester United are and always will be bigger than City.

One response to “Alves: In Manchester I knew about United, not City”