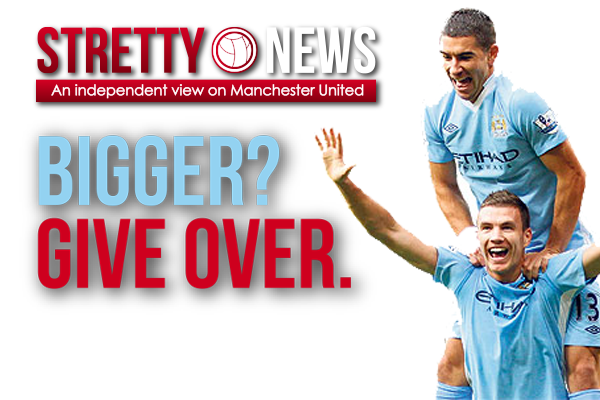 Speaking to the press before Manchester City host Barcelona at the Etihad, Manuel Pellegrini claimed that City are now a bigger club than Manchester United.

“The biggest team is City now, but we cannot forget the last few years,” Pellegrini said.

There is no denying that City have been the better team this season. Not only do their results and position in the Premier League suggest that, but their performances also. They’re third in the table and we’re seventh which is quite a drastic change from last season.

The managerial change at United was not expected to go this poorly from the start, but it has. City replaced Roberto Mancini with Pellegrini, a renowned manager in world football who has been successful, and have seen their style of football improved, especially in Europe.

Although all managers talk a bit of shite every now and again. Pellegrini has done so here by suggesting City are a bigger club than United. If they go on to win the league this season or whenever, that won’t change all of a sudden.

Manchester United are the biggest club in England hands down. It’s quite laughable to suggest City are of greatest significance in that regard.

2 responses to “Pellegrini reckons City are bigger than United”