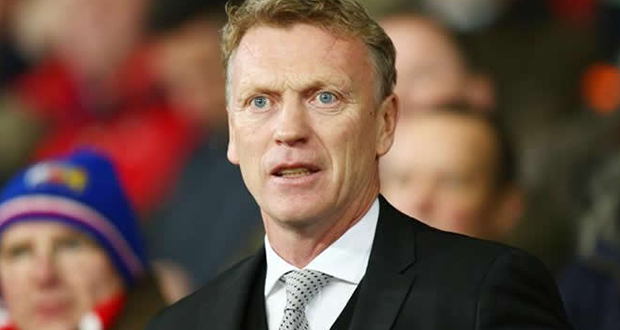 David Moyes has cursed United’s luck yet again as he seen his side slump to a 2-2 draw at home to struggling Fulham.

We played well and in any other game would have scored many a goal. Football does that sometimes and we’ve got to try and make sure it doesn’t happen too often. There have been a few twists this season; hopefully we’ll get them our way in the future. You just continue doing the right things. Keep going and your luck will change, there’s no doubt about that.

Moyes picked out positives from the game saying that he was happy with the performance and believes luck will soon swing United’s way soon.

“You just continue doing the right things. Keep going and your luck will change, there’s no doubt about that.”

Speaking about the Arsenal game at Old Trafford, Moyes spoke of how he was happy with the performance that day and will try to mimic that at the Emirates.

“We got a good result against Arsenal here at Old Trafford earlier in the season and we’ll try and do the same again. I think we’ve played better, I think we’ve played better in several games, but in that one we got the one goal and that sometimes makes the difference. We’ll go and play the way we are, we are a top side and hopefully we’ll go and show that we are. We’ll play well and do everything we can to pick up all three points.”

So Moyes remains positive despite United’s poor form this calendar year and is determined to play for all 3 points at the Emirates tomorrow.