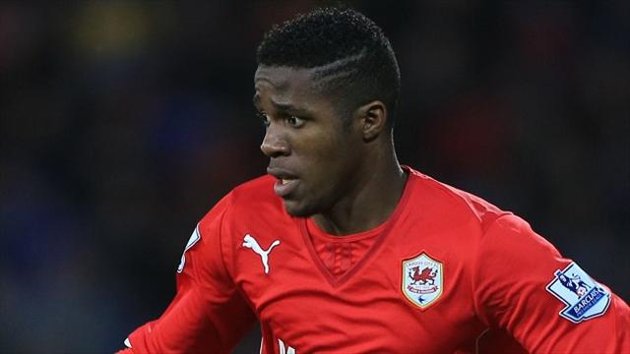 Monday night saw another Manchester United player post an image on Instragram with a controversial caption. Wilfried Zaha joined the mix with what everyone saw as a dig towards manager David Moyes.

Perhaps it was all about bad timing. Zaha arrived last summer as Sir Alex Ferguson’s final signing and was rarely looked upon by Moyes. A young player of such potential had to find a club, preferably in the Premier League, to join on-loan for the sake of first team experience in the top flight.

The image Zaha uploaded to Instagram (see below) featured Ole Gunnar Solskjaer giving the 21-year-old on-field instructions during Saturday’s derby defeat to Swansea. It was followed by the caption “nothing like someone who believes in you..” which was soon deleted.

Immediately after the caption had been deleted, uproar flooded through the comment section on Instagram and Twitter. Zaha then attempted to put all the worms back in the can with the following tweets.

My last Instagram picture was not intended as a dig or indirect at my manager, I have nothing but respect ..

The best thing Zaha can do now is put his head down and concentrate. Before he can talk the talk, he must learn how to walk the walk. A break from social media wouldn’t be the worst of ideas, keeping him out of the spotlight and away from trouble.