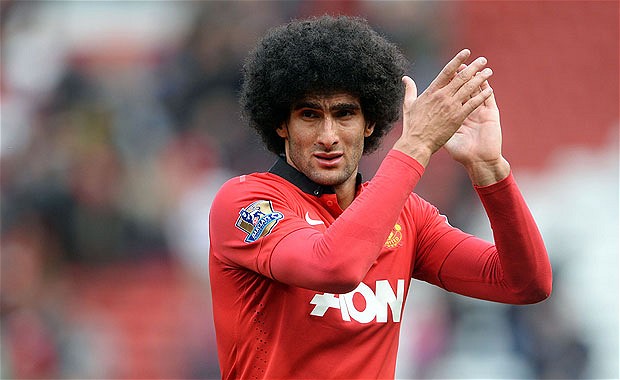 At the start of last summer, Marouane Fellaini was a player I wanted at Manchester United. A lot of Reds expected a busy transfer window with Sir Alex Ferguson retiring, David Moyes arriving, and the fact that we were in need of midfield acquisitions.

Part of 2008 saw a midfield combination of Carrick and Fletcher, and here we are six years on and it remains our strongest. Ferguson continuously ignored the fact his side was struggling in midfield and as opposed of strengthening it, he signed one of the world’s best strikers from a main rival.

On the other hand, Moyes’ first signing was a midfielder. He made it no secret that it was an area he worried about giving those he had listed as targets. Fellaini, however, is not a world class midfielder by any stretch of the imagination but he is tall, strong and has already proven himself in the Premier League.

At one point it seemed like Thiago Alcantara would be our new wonderkid. Moyes then waited on the Fellaini deal so he could get both players, but that back fired badly. We also missed out on the signing of Leighton Baines, who has recently signed a new deal at Everton. All in all, it was a summer Ed Woodward and Moyes won’t remember too fondly.

However since arriving at Old Trafford, Fellaini has not had the best of seasons. He’s got a hard time from the fans and the injuries are not helping. I feel this comes down to frustration from the fact our summer was shambolic and at how poor we’ve performed all season. Yes, Fellaini has not played very well since when featured but his game time has been limited. Plus with or without the Belgian, our midfield is atrocious. Carrick – last years player of the season – has been disappointing. Cleverley – another victim of United fans wrath – very poor. Anderson – not really given a chance under Moyes – now moved on. Fletcher – returned from illness in December – solid ever since. Then there’s new-man Fellaini who has only made 12 appearances…

How can you label him a ‘flop’ this early? Yes, he cost a lot and the first dozen performances have been below average. Different players settle differently and with a big of support he might grow in confidence.

In conclusion, it’s too early to rub our hands and call Fellaini shite.