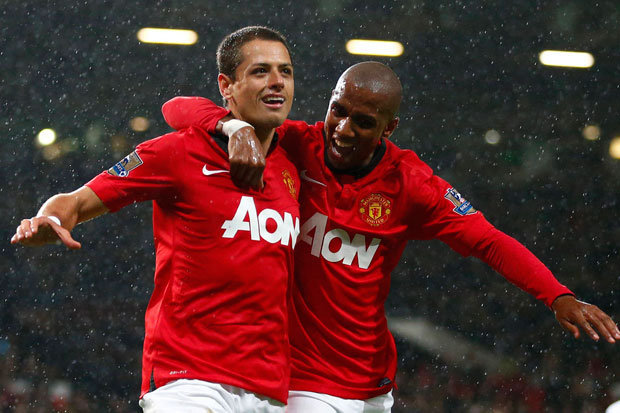 Mexico manager Miguel Herrera has revealed that Javier Hernandez is frustrated at his lack of game time under Manchester United manager David Moyes.

Chicharito is frustrated because the current manager is not giving him many minutes but he remains committed.

Making only four starts so far this season (in all competitions), it’s not surprising to hear that Chicharito is frustrated. What may come as a surprise to some is the last 4 words of that quote. Herrera states that he is still committed to the club.

The managerial change came and now he has to keep fighting to win the confidence and trust of the new manager but he is working hard like he always has done.

Hernandez stirred speculation twice already this season via social media. A few months ago he re-tweeted a tweet from Sky Sports that stated he will consider his future if he doesn’t get more game time. More recently, as in yesterday, he posted this caption picture on Instagram: “The time to speak about so many things will come…”

Herrera has basically stated the obvious; Hernandez is not happy with his game time but what is more surprising is the fact he’s still committed to the club. Although, I still think he will leave this summer.