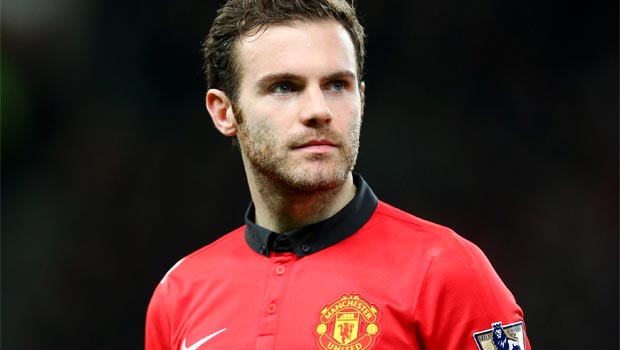 Every Monday, Juan Mata writes a blog called One Hour Behind for Spanish website Grada360. Here is an extract of this week’s piece titled ‘In adversity, even more United’.

To tell the truth, it’s not easy to write here this week… I’ve just got home (I’ve already found a house in Manchester) after a really frustrating draw.

Honestly, I think football is being cruel with us. We did everything to get the three points, but in the end this is about goals and Fulham scored in the last minute… It seems impossible if you look at the stats, but we couldn’t win and it would have been a very important victory. It hurts even more because in the second half we managed to come back after Fulham’s early goal, and the game seemed to be under control with Carrick’s goal. But when the score is so tight you may suffer at the very end, as it happened this time.

It was the same a week ago against Stoke City, with two players injured and one goal after a deflection. It seems that luck is not on our side, but you know that I don’t like to give excuses. We have to get better and improve our shooting accuracy, because we got many times to the box and could have scored more than two goals. I’m sure we will make it, but there are less and less games to play so the sooner the better… There is something we can always count on: the team’s passion and sacrifice. We did fight until the end, and that’s what I felt on the pitch, but once again we can’t give excuses. The way to carry on is to stick together, the team and the fans, learn from mistakes and be positive, and we will show the character this team has always had.

Despite this draw, I don’t want to forget the minute’s silence at Old Trafford, which was touching. It’s very impressive to see how the club remembers the victims of that terrible accident in Munich, and it says a lot about the club’s respect for the legends of the past. The way this club has overcome the difficulties since then is an example to all of us.

The week at the training ground was really good. I know my team mates better and I feel a great atmosphere in the dressing room. I hope we can show that next Wednesday against Arsenal. It’s a very tough game, but I have good memories from my last visit to the Emirates a few months ago and I hope I can enjoy a good game as well.

(Full and original article via Grada360)

To be honest, I enjoy reading these. It’s not the usual shite you see footballers post on social media about Britain’s Got Talent or promotion for their brands etc. This is a footballer offering insight into the situations he finds himself in, sharing thoughts with his fans and showing respect to those affected by the severe storms in Spain.

Mata comes across well. Speaking to Chelsea fans, they find it hard to find faults with him even after joining United. The 25-year-old has a head on his shoulders and he looks be loving his time United despite the dismal results.

Hopefully next week he will will be able to talk about a victory over Arsenal.