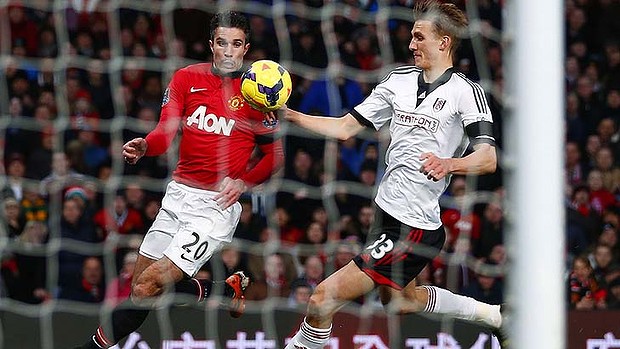 Manchester United sent in a whopping 82 crosses yesterday against Fulham – scoring from none – in a game which ended 2-2, putting their chances of reaching the top four to sleep.

Six foot seven inch Dan Burn cleared on 22 occasions, his sheer size underlining the futility of a tactic that raises question marks over David Moyes given he has such gifted technical players available.

“I’ve never headed that many balls since the Conference. We knew that was going to happen and I was happy for them to play like that. I’m six foot seven. It helps when dealing with those sort of balls. When we started dropping further back we wanted to get more compact and make them play around us because we had the strength in numbers. Manchester United still have amazing players – on another day they could have scored more often but we defended really well.”

Predictable tactics being outdone by a team positioned last in the table. Each manager should aim to have his team playing to their strengths, not weakness. For a team that depends on crossing we’re poor at it, and it’s a shame when such technically gifted players like Wayne Rooney, Robin van Persie and Juan Mata are being wasted.

Mix it up, Moyes.