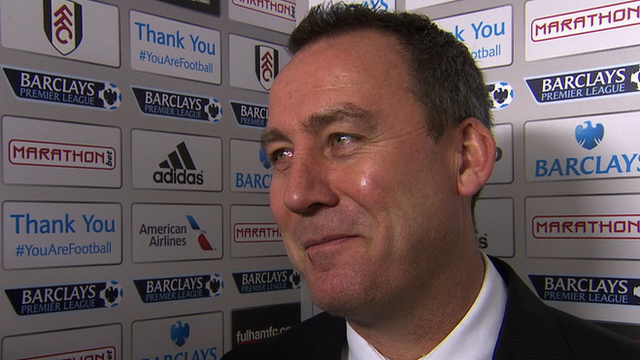 Manchester United fans have become accustomed to poor results this season but with bottom of the league Fulham coming to town, three points did not seem all that difficult to clinch.

However, it wasn’t to be. Rene Meulensteen’s return to Old Trafford as Fulham boss saw yet another dismal result with the Reds conceding a late goal getting only a point from a very winnable game.

When Meulensteen spoke to the press he claimed it was pretty straightforward to pick David Moyes’ game-plan apart.

When I saw United today I thought the game-plan was quite straightforward – get it wide, get it in. If you’re well-organised and the goalkeeper is in good positions to come and collect the ball, it can be easy [to defend against]. You need a little bit of creativity and a bit of variety at times to open [teams] up.

United made 82 crosses today with just 18 successful. For a team that seems to depend on crossing, we’re not very good at it. Maybe the players are ‘mentally soft’ and are unable to play to their strengths…