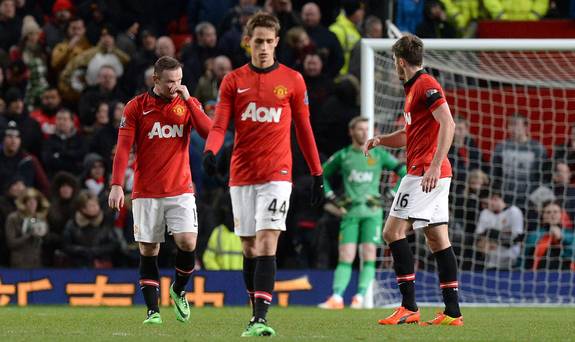 Whether the press have taken his quotes totally out of context, I do not know, but surely the United boss could have used a better choice of wording.

Jamie Jackson’s report can be read in full via the Guardian.

“Today was as bad as it gets. How we didn’t win, I have no idea. It’s goals that count. You can have as much possession as you like … Even when it was 2-1 and they put five minutes (of added time) up Fulham never came up the pitch, they left us with the ball. So it was nearly a case of just playing out time and we gave away a diabolical second goal. If we had one failing it was that we should have gone to win 3-1. You could use maybe mental softness that we didn’t see the job out and get the job done. I would agree with that … It was never one (way of attacking) … If you’re just going to look at the stats and think about the crosses you need to think about the number of passes and I don’t think we just went out and crossed the ball. Some people might say that one of the things that Manchester United do is play with width and cross the ball, that’s in the genes here.”

This is the champions of England we’re talking about. Fourteen of the players that featured today have 37 league medals between them. I’m not for one second saying the players shouldn’t come in for any criticism either because they have responsibilities of their own also.

However, readers have left comments on the blog and Twitter previously claiming that the players are simply not putting in the work, therefore, letting Moyes down. With comments like this, are you surprised?