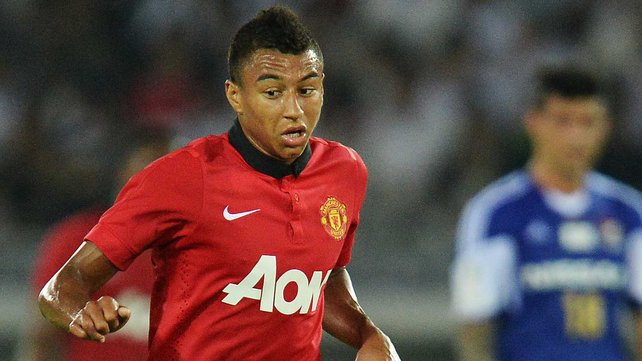 Jesse Lingard has once again reiterated the point that he sees his future at Manchester United.

Despite being loaned out to Birmingham for much of the season, the exciting 21 year old has returned to the Old Trafford fold, making the bench for last week’s win over Swansea.

The boyhood United fan from Warrington was United’s top scorer on the club’s tour to North America last summer and can’t wait for his chance to show the manager, as well as the fans, that he has plenty more to offer.

“I think I’ve got stronger now and mentally stronger as well. I’ve been training with the first team all week and feel like I’m back now. It was hard to get back in the fold after missing a couple of games at Birmingham, but I feel good now I’m back training at Manchester United.

“I just want to hopefully break into the United first team. That is my main aim. If not, go out on loan again. I just want to play regular football week in and week out.”

Lingard’s comments are great news for the United fans who have been championing the player’s abilities for some time.

But with United’s regular strike force finally getting back to full fitness, the addition of Juan Mata, a great season from Adnan Januzaj, and an early exit from the FA Cup, Lingard may find his opportunities at the club limited.

So another successful loan period may well be the best chance of regular, first team football for this exciting prospect.