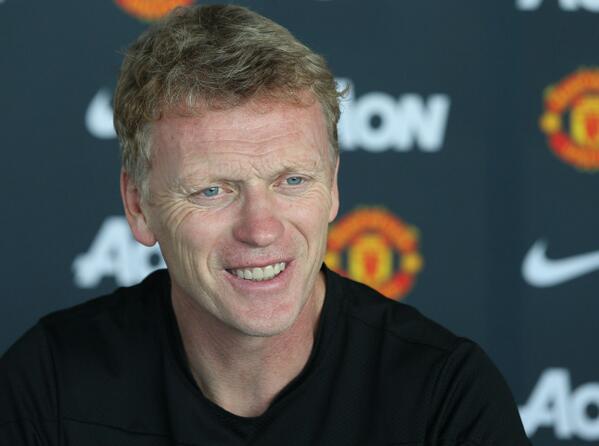 David Moyes, speaking at his press conference today, stated that Manchester United will not make any deadline day signings. Moyes broke United’s transfer record earlier this month signing Juan Mata and it looks like that will be the only deal at the club this month.

“You can stand your cameras down. I don’t think they will be required. We have done our business.”

While there may not be any arrivals this deadline day, Moyes expects to send ”quite a few” youngsters out on loan with Tom Thorpe and Tyler Blackett already completing loan moves today. Wilfried Zaha also joined Cardiff on loan & youngsters Larnell Cole and Ryan Tunnicliffe have been tipped to join Rene Meulensteen at Fulham. Speaking about Zaha, Moyes had confirmed a number of clubs were interested in taking him on loan but felt Cardiff were the right club.

“We have quite a few young players who will go on loan before the window closes, it’s for their development – they are looking for a different quality of football.

It’s hard to be disappointed at a transfer window where you break your transfer record signing Juan Mata but, giving our current position and midfield struggles I feel like we really should have signed a central midfielder this window. It looks like we have big plans for the summer and I see big changes, hopefully we can sign a world class midfielder and a left back in the summer. Moyes has stated that those are the positions we need to improve and no doubt we will I just feel a solid midfielder could have help us no end for the remainder of the season in pursuit of a top four finish.