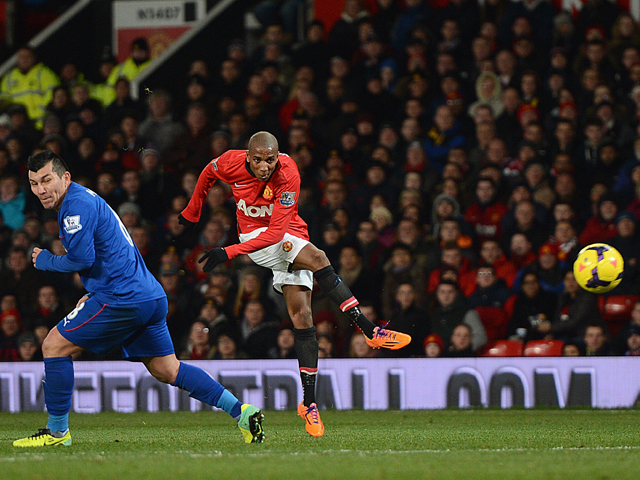 Ashley Young has spoken of the inherent belief that remains through Manchester United’s dressing room despite a difficult start to 2014.

The champions hope Tuesday night’s 2-0 win over Cardiff City will be the first of a strong run as the club hopes to finish within the Premier League’s top four. Young, speaking to ManUtd.com, does not believe that the players have lost any confidence in themselves.

“We always have that belief and there has never been a time when we don’t believe. Even when a lot of people have written us off, they are doing it even now, we never have. We always believe – I don’t know anybody who is working atbthe club from the staff to the players that is resting on their laurels.”

Young added that getting some momentum under their belt from now on to May could prove crucial.

“We take each game as it comes and we’re hoping to build on Tuesday’s performance. We want to get some momentum going into the last part of the season. After last week [Capital One Cup knockout to Sunderland] it was important to get back to winning ways. We want to starting looking up the league, looking at the teams above us and start climbing back up the table to where we know we can be. Until it is mathematically impossible, we won’t count ourselves out.”

I wonder has Young sorted a lift for training tomorrow morning?