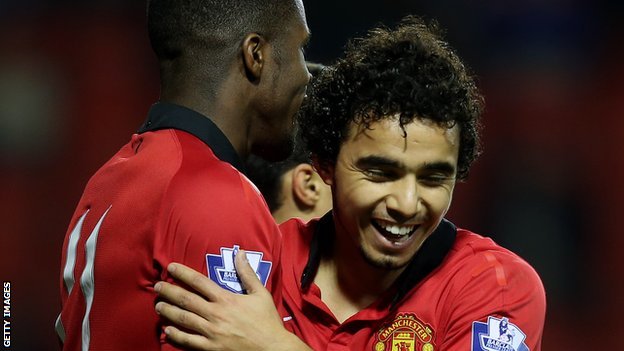 There was much hype and excitement surrounding the arrival of two relatively unknown Brazilian twins, with lofty reputations. The Da Silva brothers were earmarked as the future of the Brazilian national team, maybe even mirroring the success of their previous full-back legends Cafu and Roberto Carlos.

Whilst one brother has well and truly flourished over the last few years, showing his undoubted ability, the other has fallen by the way side.

The progress of the brother’s has been chalk and cheese, both had a rashness and tendency to lose it, thankfully Rafael kicked that out of his game, whilst Fabio has unfortunately been blighted by a series of injuries, meaning Patrice Evra has had no severe competition for years now.

Fabio’s stagnation was startling. The guy went from starting at Wembley in a Champions League final against Barcelona, to playing second fiddle to Armand Traore at QPR, during a torrid loan spell last season.

The question has been asked on numerous occasions this season, how come Fabio has not been given more of a sniff at competing and even displacing Patrice Evra, with Alexander Buttner the preferred understudy to the Frenchman. We will not know the answer, whether injuries took their toll on Fabio or not, whether he was capable of playing for a club of our calibre. He did nothing wrong when called upon this season, getting a rare start against Palace at home and scoring against Norwich in the Capital One Cup. However, the innate rashness set in in the FA Cup game against Swansea, sent off for a wild tackle, a game we went on to lose. That seemed to be the final nail in the coffin, especially with his contract due to expire at the end of this campaign.

Fabio’s United career can be summed up with a catalogue of injuries and unfulfilled promise.

Hopefully a fresh start under Ole at Cardiff, where he will undoubtedly play week in week out will do him the world of good and hopefully enable him to fulfill his potential which prompted Sir Alex Ferguson to be suitably impressed.