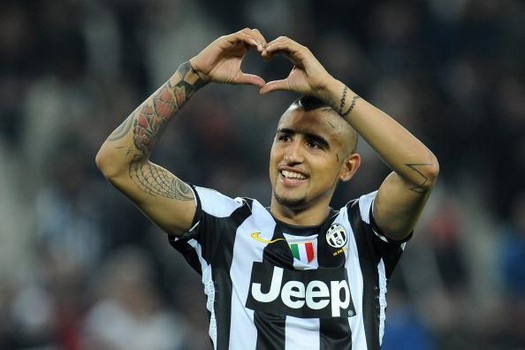 Out with old and in with the new. It’s a new era, old faces are leaving and new ones are coming in. We have just seen the back of both Anderson and Fabio da Silva and there are interesting sounds coming out of Moyes’s interviews with quotes such as “I am going to get better players in” and “there will be more” on an almost weekly basis. We can’t fault him for his confidence and desire to improve the squad we currently have, which I think everyone will agree requires open-heart surgery. The spine of the team requires a substantial amount of investment with a strong belief that both the centre midfield and centre back positions need investing in. A left back in this window or summer wouldn’t go a miss too, with the ever likely departure of Patrice Evra who seems to want to finish his career in France.

However the question that must be posed is? Who? – We’ve seen the issues with panic buying in the last summers window with the ‘as-last-minute as it could’ve got’ Fellaini transfer for £27.5m. Moyes and co have to select their transfer targets very carefully in order to create the forward thinking, attacking footballing side they wish to mold together. The media have put a number of names forward of players Moyes may have in mind in order to improve the current squad we’ve got. In the centre of the park we’ve seen United linked with the likes of Toni Kroos, Ilkay Gundogan and Arturo Vidal. All top players who could be classed as box-to-box players, and all seem to fit the void in the centre. Who would be your choice? Secondly, the back, the defence, a player to lead the line. Who have we been linked with for the defensive duties? Kurt Zouma, Ezequiel Garay and Dante to name a few. We’ve also been linked with the likes of Fabio Coentrao and Luke Shaw to take-over from Evra once he departs in the Summer.

It’s interesting to note the quality of players we’ve been linked with. United have been slated in the press recently, stating that Moyes will not be able to attract the high caliber of player that Manchester United deserve because of his unproven reputation and empty trophy cabinet. We have now seen that this argument has been rubbished, with the signing of the ‘holy Juan’ as of Saturday 25th January. Manchester United will continue to bring in the players necessary to ensure our club remains in the top flight of the Premier League, challenging for all the major national and European trophies.