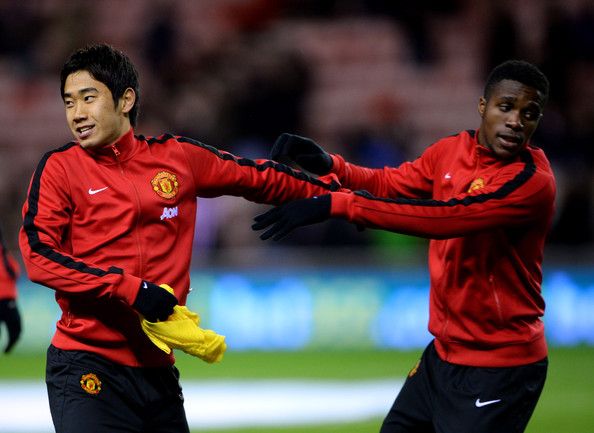 Shinji Kagawa the mystery that still seizes to amaze a man who tore apart defences in the Bundesliga, now reduced to being a bit part player, sitting on the bench at club desperate for top midfielders. How has this star managed to fall from grace? After the signing of Mata is this the time for Shinji to move on?

There was a moment this season versus Swansea, Kagawa clean through 1-on-1. This could be the moment that United are waiting for a seemingly easy chance… but it was wasted. Kagawa missed and lay on the floor looking like he was a man that had given up. The past seasons for Kagawa have been disappointing but this moment typified Kagawa’s United career.

If you ask any Manchester United fan what was the best game Kagawa has played for United they’d say Norwich, however when you look back that’s the only real good memory we have of the player. Especially when so much more was expected. The signing looked like an inspirational one from Ferguson suggesting that United were going to change their style of play. As it turned out Kagawa became a player used sparsely throughout the season and having to play from the left.

Under Moyes however Kagawa has been given the chance on occasions to play through the centre, with a few fleeting appearances there but for the majority of the games Kagawa has played from the left. It seems that both managers have struggled to get the best out of the Japanese international, because it is clear to see he has ability but has not been used wisely by both managers. Kagawa it is fair to say has not lived up to the expectations first expected. Whether is it that he has not been good enough, or the management have simply struggled to fit him into United’s current set-up.

Kagawa is not going to track back and work hard for the team, but he can add the quality needed in the final third. Perhaps this does not fit David Moyes’ style of play, but it is fair to say giving Kagawa a run of games through the middle should not be such a difficult decision to make… considering the football United havr played of late has been dire. It is alarming that a player of such quality can be left to rot on the United bench, when a top European club like Borussia Dortmund would take the player back with no hesitation, and place him in their starting line-up.

Jurgen Klopp said of the midfielder “Shinji Kagawa is one of the best players in the world and he now plays 20 minutes at Manchester United on the left wing.” Perhaps Shinji just isn’t a United player or suited to the Premier League. Conceivably he may not be able to fit into a system traditionally focused on a balanced midfield and wingers the main focal point for attack.

This should be a worry for United fans who have just seen their side spend £37 million on an attacking midfielder in Juan Mata. Will the philosophy change or is another midfield gem going to be stuck in limbo? The Mata signing could reinvigorate Kagawa and even influence United to a change there system and bring out the best in him. Kagawa’s agent has said “no, it is in my opinion he will stay” after being asked about the signing of Mata.

Whether it is time for the player to move on only he will know only time will tell if he can turn his United career under the floodlights at old Trafford around.