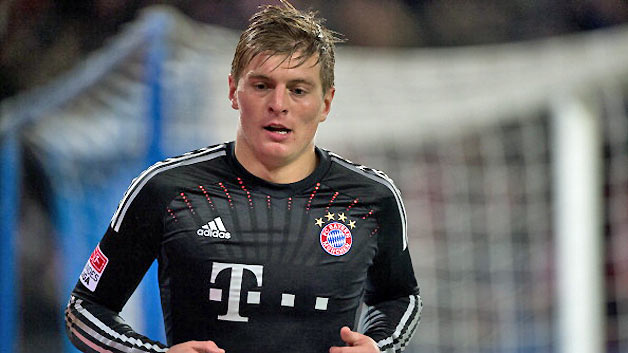 David Moyes was in Germany last week watching Borussia Monchengladbach and Bayern Munich. Midway through the game the Manchester United was caught in conversation with Toni Kroos’ agent.

Ever since Moyes returned from Germany to welcome new signing Juan Mata, United have been linked heavily with Kroos. On Tuesday, however, Pep Guardiola was asked about the German midfielder, and refused to role our the possibility of the 24-year-old leaving the club.

Manchester United may not want to leave an opportunity like this slip. Kroos’ main quality is his positional intelligence but he can also drop into midfield and overload the centre which has been an area of concern for Manchester United in recent years. Given the positions he has played down the years with Bayern, Kroos is one you would call versatile.

For instance, Kroos sat deep and helped control the midfield in the 2011-12 Champions League semi-final against Real Madrid. It worked and they dominated the game as a result. A perfect match to keep the likes of Mesut Ozil quiet.

Either way, it seems fairly clear that Bayern Munich are playing hard ball with a new contract for Kroos. It’s a situation worth monitoring for United as I remain unsure whether he will leave this month.

2 responses to “Guardiola confirms that Kroos could leave Bayern Munich”