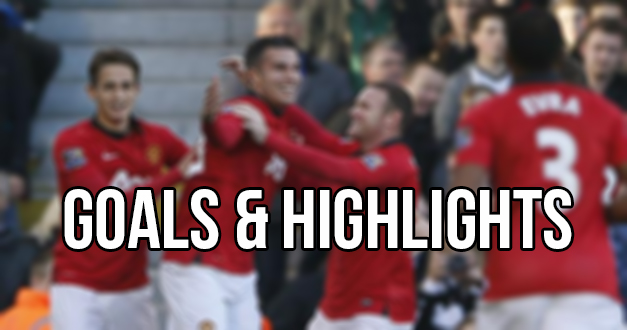 A superb cross by Ashley Young into Antonio Valencia found Robin van Persie awaiting a rebound inside the box. After two headed attempts, Van Persie found himself back with a bang. United 1-0.

Young was involved yet again with a screamer, securing the all important three points. United 2-0.