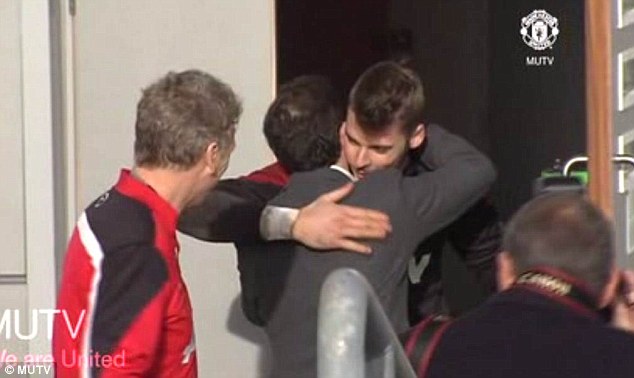 Juan Mata has admitted that David de Gea was an important factor that helped him make a decision to leave Chelsea for Manchester United.

When Mata arrived at Carrington yesterday he was greeted with a hug by De Gea. Over the past week the United keeper has been texting his Spanish counterpart asking if it was a helicopter or bicycle he was arriving on.

I am here now and I am very happy to be here, particularly with David he is a very good friend, an amazing goalkeeper and a top guy. He was important to me in terms of coming here.”

Who needs managerial pull power when you have a world class Spanish keeper?