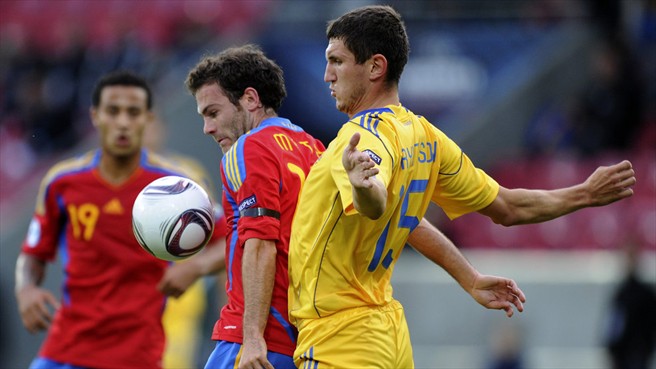 Croatian website 24sata.hr reports that they spoke to Juan Mata back in 2010 and picked up on his admiration towards Manchester United.

At the time Mata was in Varazdin, playing for Spanish U21 team against Croatia. One local journalist was accompanied by a Spanish colleague who had previously booked interviews with Mata and Bojan, the stars of the Spanish side. Back at the time they were playing for Valencia and Barcelona respectively, so he wanted to use the interview as a preview for the club game which was to follow shortly.

Mata was first to get out of the dressing room, and the Spanish journalist pulled a red shirt from his back, giving it to the player. It seemed like Eric Cantona’s famous No.7, but the Croatian journalist wanted to be sure, so he asked Juan.

At the time he was on top form for Valencia, and he was considered one of the top prospects in Europe. Next summer he did move to England, but instead of United he ended up with Chelsea. Two and a half years later his great wish has become reality – he joined Manchester United and will be expected to help his beloved club get out of the current slump.