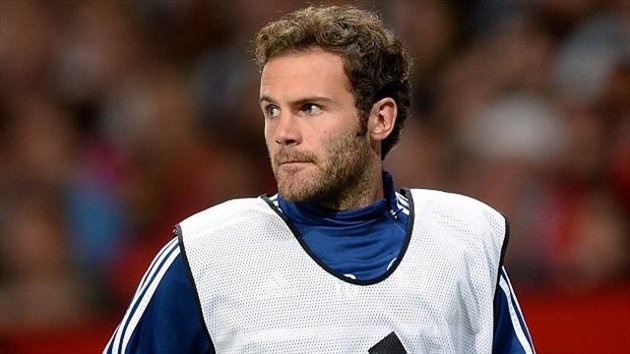 It’s with a heavy heart and genuine disappointment that I write this as a Chelsea fan and above all else as a person. Juan Mata’s departure from the club is a sorrowful occasion in itself, but knowing he’s leaving to go up the country to Manchester and play for United, simply put, leaves a bitter taste in the mouth.

It’s a deal that prior to Mourinho’s arrival was unthinkable. Here stands the future of the club in how it aims to play, a new face for the club that no one could justifiably dislike and a player so reminiscent of Gianfranco Zola, nostalgia and success were combined in one.

There’s no way of understating his contribution over the past two seasons, his consecutive player of the season awards are a testament to that. Tactical pedants and philistines will lament him for his lack of defensive work and a failure to press the opposition but in reality that argument crumbles under the weight of his sheer genius on the ball. He’s an artisan, except he lets his feet do all the creating. It’s a shame the club, the fans and the city have only been able to enjoy his exhibition for two and a half years as our own, but they have provided some magical moments along the way.

I dreamt of a Mata that would see out his career at Chelsea and it would be unsurprising if he shared that same dream. He’s a player that immediately threw himself into the loving arms of the fans at Stamford Bridge. He understood what it meant to play for the club and in an age when footballers are excused of simply picking up pay cheques, he engaged with those around him. He’s not your average footballer with the party lifestyle and desire for the spotlight, rather he is studying for a second degree and has immersed himself in a city he has made no secret about loving, engrossing himself in the culture and even blogging about it occasionally. It is an intelligence and elegance off the field that filters on the field.

Like I said, that was before Mourinho. The arrival of the self proclaimed ‘Happy One’ is still something that I’m grateful for, the results this season have been great and that is testament to his work with the team. An effort that has by and large been without the involvement of Mata and it has been hard to argue with. Fans of other clubs may wonder how someone like Mata can’t be forced into this side but are usually more understanding when they see how well those who have been chosen to start ahead of him, perform. Willian, Hazard and Oscar have been outstanding and their play I suppose is Manchester United’s gain. It is still disappointing for us fans how this has all panned out, Mata has been determined to break into the team this season and has continued to fight his case for the love the club but it has been to no avail. Ideally Mourinho would’ve accommodated Mata and the two would be the basis for world domination but it simply wasn’t to be. This, after all is Mourinho’s side and he has been entrusted with the running of it, and it has been this lack of total faith in the manager in the past that has led to complaints from fans so it is difficult to argue against his decision, but I can certainly not enjoy it.

I’d love to be able to say that United are a club paying over the odds for Mata, alas that would be a lie, Mata is one of few players in the league who have the ability to change the game on their own, after all it was primarily down to him the team managed to finish 3rd last season despite all the off field issues that engulfed the club. His goals and assists tally since arriving in West London speaks for itself, but it would do the player a disservice if that’s all that was focused on. Whilst he most certainly can finish and create, his overall impact on the team is equally important. Hungry for the ball and always looking for space, he’s a nightmare for the opposition to constantly disrupt. A wonderful awareness on the ball, combined with precise skill makes it very difficult to simply press him at any opportunity, whilst if the opposition give him time on the ball, they are virtually condemning themselves to a chance on their goal. There’s very little to say on a player of his quality that most don’t already know but all that aside, he is a pleasure to watch. Many fans might wonder why strengthen a position that can already be occupied by Rooney, Kagawa and Januzaj, when your central midfield lacks both quality and depth but you can rarely have too much of a good thing in football. The sheer number of games in a season stresses the need for depth, but in adding a player so gifted, Moyes is probably hoping that Mata can hide the deficiencies behind him and maybe even deflect the attention from the fans to address the many problems in the squad, at least for 6months. It is hard to fault that logic and the fact that it is Juan Mata we are talking about.

The circumstance of his departure is what makes it worse that he is leaving to another side in England. As mentioned earlier, he has rarely sulked and given it his all to get in favour with Mourinho so there can be no animosity towards a footballer so talented wanting to play regularly, especially with a World Cup in Brazil looming large. It is this devotion to the club that I think will make fans understanding of his position, if anything it almost elevates his standing in that he is not content with sitting on the bench idly accumulating wealth and while it is the footballer that is more valuable, the man is why so many around the club will miss him.

All that is left to say is “Thanks Juan, and all the best… Oh, I almost forgot, love you.”

Ramon Isaac writes the MowingMeadows blog and have his work published over at By Far The Greatest Team. Follow Isaac on Twitter: @mowingmeadows