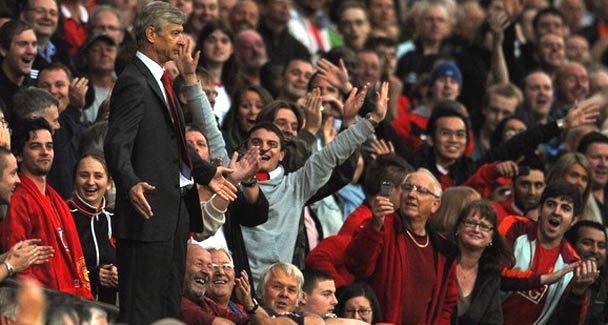 Arsene Wenger was today quizzed on our pending club record signing Juan Mata, mainly whether he could understand the deal, which seems one of the most eye catching deals of recent times.

“I think if you want to respect the fairness for everybody exactly the same, that should not happen.”

Wenger may have a point, considering that Mourinho wouldn’t even lend him Demba Ba in the summer, who is their 3rd choice. Which makes Mourinho’s decision to sell their player of the year for two years running even more baffling, unless Chelsea are having to redress their books in light of Financial Fairplay and recently announcing losses at £40 million.

But for Wenger to play the fairness card seems a bit childish. Surely Mourinho isn’t really selling Mata to enhance their title hopes by taking points off their title rivals. We have seen for a while now that Mourinho doesn’t simply rate the player, preferring Willian for whatever reason.

To be fair to Wenger, he has come out with what we’re all thinking, why has the supposed Special One made potentially one of his biggest ever mistakes?

Their loss is undoubtedly our gain.

But spare a thought for Wenger, it’s just not fair really is it?