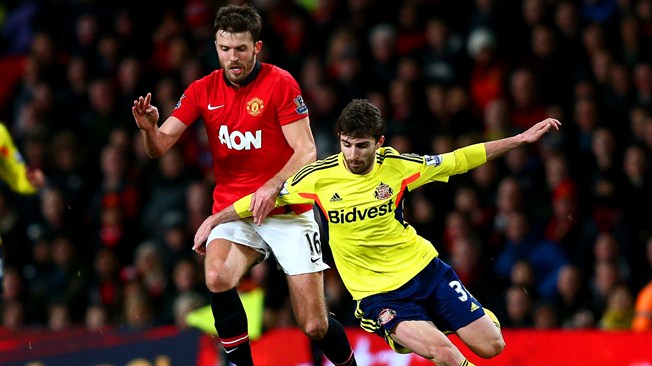 United suffered another blow last night as Michael Carrick hobbled off with a suspected twisted ankle in the dying embers of the semi-final against Sunderland.

David Moyes was quizzed on the extent of the injury post-match, he said he didn’t know the prognosis but suspected a twisted ankle.

Moyes went on to say that Carrick would have taken a penalty had he remained on the field, he would have been a sure bet having scored in Moscow in 2008.

Carrick has only just returned from an achilles injury so the news is not timely.

Let’s hope for a speedy recovery and a not too serious diagnosis.