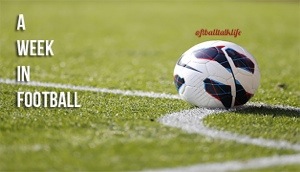 Another week and another defeat for Manchester United in a season that has gone very, very wrong for the Red Devils. This week’s loss came at the hands of Chelsea, away at Stamford Bridge, a difficult fixture for any team to face, but a result that United desperately needed. Having been so poor all season, the Old Trafford club need to start picking up points very soon if they are to have any chance of claiming a Champions League place. Although perhaps a little unlucky to suffer a 3-1 defeat, it must go down as a missed opportunity to take points off of a rival team.

Although replacing Sir Alex Ferguson was always going to be an impossible task, Moyes’ performance in the role has so far been disappointing, capitulating in the title race, and so far lagging behind in the race for a Champions League place. With the chances of any silverware looking slim for United this season, finishing in the top four is a necessity. Many have placed the blame for the Manchester club’s form upon an at best disorganised and inefficient summer transfer window. However, this is surely a simplistic view of the problems currently plaguing United. It is ridiculous to suggest that the same squad which won the Premier League at a canter last time out is now only capable of 7th place. Yes Ferguson’s departure will have had an effect, and yes the other teams have strengthened, but the vast difference in performances cannot be attributed solely to these issues.

Moyes’ one dimensional tactics have to be called into question, as does his persistence in selecting clearly out of form players in favour of United’s talented contingent of youth players. Come the start of the season, it was obvious that Moyes did not know his squad well enough, and throughout his tenure, the Scott has been unable to motivate his players to the standards that his predecessor demanded. These factors, along with the former Everton gaffer’s reliance on a crossing game are all as much to blame for United’s struggles this season as weaknesses in the squad or the Red Devils’ relatively quiet summer transfer window. However, quite predictably, United are now currently being linked with everyone and anyone during this January window, with pundits such as Robbie Savage even suggesting that the club need to spend upwards of £200 million to become “a force in English football again”. Such wild claims are of course nothing more than hyperbolic, headline making nonsense. Savage’s dismissal of United as no longer a force in English football after one lacklustre half a season is ridiculous, and whilst the former United academy player is right in pointing out that the futures of Young, Nani and Andersen lie outside of Manchester, his statement that Moyes needs to sell twelve of his current squad is just insulting.

The fact is that United have a very good team. The likes of Cleverly, Welbeck and Smalling may not be world beaters, but they are excellent squad players and would be for any top side. De Gea has come on in leaps and bounds, and in front of the Spaniard are several world class defenders in Ferdinand, Evans, Evra, Vidic and Rafael. Their form may have been poor this term, but they have not become bad players overnight. Up front is without a doubt Manchester United’s strongest position; Rooney and Van Persie are up there with the best on the planet, Welbeck a versatile and improving prospect, and Hernandez a consistent goal threat from the bench. It is in midfield that United have been labelled weakest, and they have consequently been linked with a variety of players. However, there has been little consistency in the type of central midfielder United have been linked with. Sneijder has been a name constantly linked with United, but given that Moyes has currently been struggling to accommodate another similar player, Kagawa, it is hard to see how Sneijder would be utilised. Ander Herrera, Paul Pogba and Arturo Vida are three other very different central midfielders to be linked with United. However, with an excellent metronome in Carrick, an elegant playmaker in Kagawa, and a battling box to box player in Fellaini, Moyes really has no excuse to not shape an effective midfield unit.

If there is an area of squad that United perhaps do need to spend money on it is in finding better replacements for Young and Nani, particularly if Moyes insists on persisting with his reliance on crossing. United’s other problems won’t be fixed by just throwing money at the issues, and the best changes that could take place at Old Trafford would be for Moyes to place his trust in United’s young starlets, and adjust his tactics to bring the best out of his clearly talented squad.

Elsewhere, West Ham’s bid for Premier League survival has taken another hit as it now appears that powerful Ivorian striker Lacina Traore will be joining Everton rather than the Hammers. Having scored 12 goals on 24 appearances for the struggling Anji last term, Traore moved to Monaco earlier in this current window. The French club took the decision to loan out the rangy 6 ft 8 forward, and West Ham had hoped to be the beneficiaries of Traore’s obvious talent. To use the tired cliché, Traore has a very good touch for such a big man, but for all his technical ability, it really is Traore’s physicality that makes him such a dangerous beast, most definitely an Allardyce player. However, having failed to tempt the big man, Traore looks set instead to provide competition for Romelu Lukaku at Everton. Once the deal is concluded, it will be another good piece of business by Roberto Martinez who has added to his astute summer additions with Aiden McGeady also joining the Toffies from Russian club Spartak Moscow.