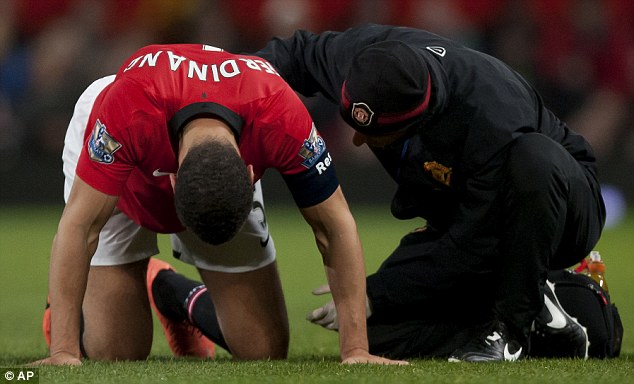 It just keeps getting worse and worse on the injury front for Manchester United. Now we have Rio Ferdinand ruled out for twos following a knee injury suffered in the FA Cup third round defeat to Swansea.

Ferdinand sustained the injury in a second-half clash with Wilfried Bony – scorer of Swansea’s late winner at Old Trafford – that saw the former England international substituted immediately. Having run tests on his knee since Monday the club revealed Ferdinand escaped serious ligament damage but has a case of bad bruising around the area.

According to David McDonnell of the Mirror, Ferdinand is expected to be out for between 10 days and a fortnight. This means, of course, the 35-year-old defender will miss United’s Premier League trip to Stamford Bridge on January 19.